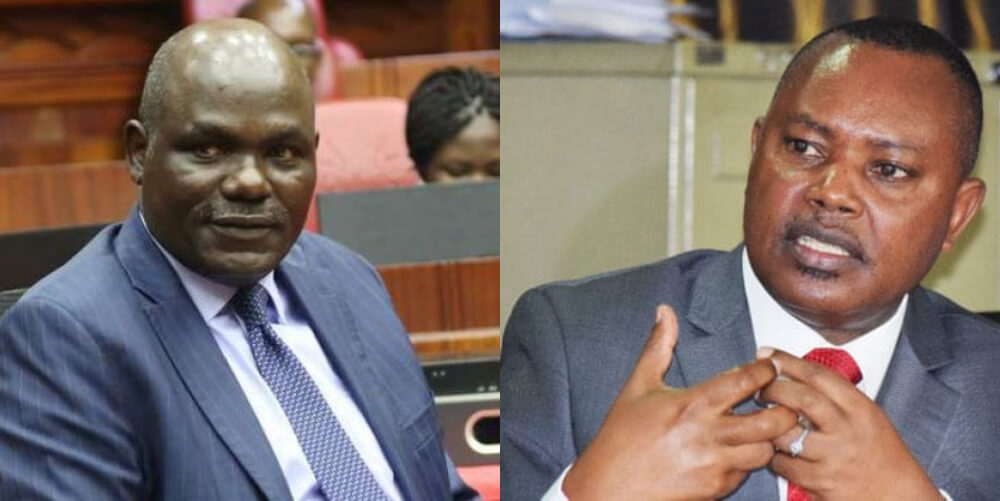 The Independent Electoral and Boundaries Commission (IEBC) has been on the spot in recent days following the arrest of three Venezuelan nationals at JKIA who had IEBC stickers.

The controversy resulted from the stickers being transferred in personal luggage without security for use in the upcoming general elections in 11 counties.

The three Venezuelans, Jose Gregorio Camargo Castellanos, Joel Gustavo Rodriguez, and Salvador Javier Suarez, three Venezuelans, were reportedly invited to the country by Abdullahi Mohamed Abdi, the CEO and founder of the IT company Seamless Limited.

According to a statement by DCI head George Kinoti, the Venezuelans were neither in the nation to represent Smartmatic, a foreign business hired to assist with the electronic voting system in the upcoming elections, nor were they associated with IEBC, as the commission had previously indicated.

“It is clear that the three were in Kenya solely for business with Abdullahi Mohamed, applying for his personnel who he had contracted to come to his office for work-related activities,” DCI said in a statement.

Abdullahi has broken his silence, accusing DCI of disclosing his role in the incident in an incomplete manner.

According to him, he actively cooperated with the DCI as the entire scenario unfolded, but owing to the incomplete reporting, he is now a person of interest and his life is in danger.

“Smartmatic had sub-contracted me  for the upcoming polls and while the saga ensued, I recorded statements with the DCI and gave all corresponding documents that pointed to the working relations between Smartmatic, IEBC, the Venezuelan nationals and Seamless technologies.

“Having cooperated with the DCI, I am surprised that DCI chose to share partial information with the public that has since turned me into a person of interest ,” Abdullahi told NTV.