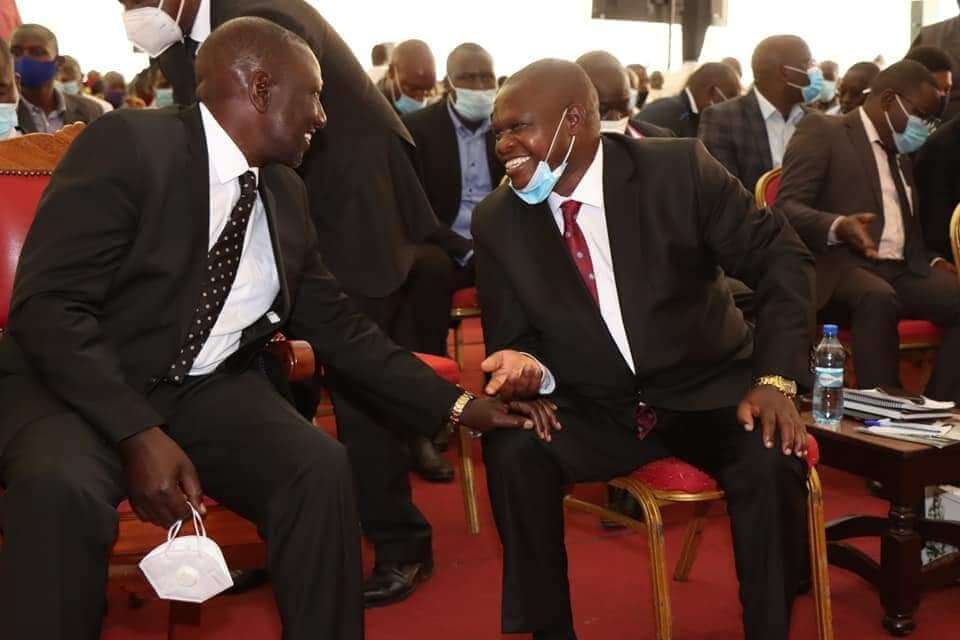 Maangi was arrested at Kisii High School as he waited to receive Deputy President William Ruto who was attending the funeral.

He was taken to Kisii police station before being transferred to Oyugis in Homa Bay County.

Police later released him on Monday night, long after Nyachae had been buried, without preferring any charges.

Maangi, a vocal ally to the DP, has accused the state of using police to settle political scores.

Speaking after being released, he said claims that he planned to disrupt the burial, which was attended by President Uhuru Kenyatta, were unfounded.

“Today (Monday) as I was waiting to receive HE Ruto at Kisii High School Grounds, I was arrested under the pretex that I had organised people to heckle during Mzee Nyachae’s funeral. Ofcourse this was not true,” Maangi said in a message shared on social media.

Today as I was waiting to receive HE Ruto at Kisii High School Grounds, I was arrested under the pretex that I had organised people to heckle during Mzee Nyachae's funeral. Ofcourse this was not true. I have just been released. The question I ask is, this the Kenya we want?

Monday was a day of high political drama as police also arrested South Mugirango MP Silvanus Osoro and several Tanga Tanga politicians before and during the funeral.

KDRTV understands that at least two MCAs are in custody over claims they were plotting violence.

DG Kisii Maangi, South Mugirango MP., Hon. Osoro&Ex-ODM official Sam Omwando are being held in undisclosed police cells tonight. Their only crime is being friends of DP Ruto. This is disgraceful&deplorable. @IG_NPS must be held to account for criminalizing political associations

DP William Ruto allies have criticised the arrests, warning Inspector General of Police Hilary Mutyambai that he shall be held responsible for his actions.