Renowned businessman Cleophas Shimanyula has pledged to use his fortune to guarantee Senator Cleophas Malala does not win the Kakamega governorship.

Speaking during an interview with Nyota Tv on Tuesday, March 29, the business magnet alleged that Malala scored a D- in maths and is not qualified to run the Kakamega county finances.

“Malala scored a D- (Minus) in Mathematics, he cannot handle county finances. I will spend three-quarters of my wealth to campaign for Fernandes Barasa,”Shimanyula quipped.

He went on to note that former Kenya Electricity Transmission Company Limited (KETRACO) CEO Fernandes Barasa is the only qualified gubernatorial aspirant in the Kakamega race having handled billions of shillings in his tenure at the company. 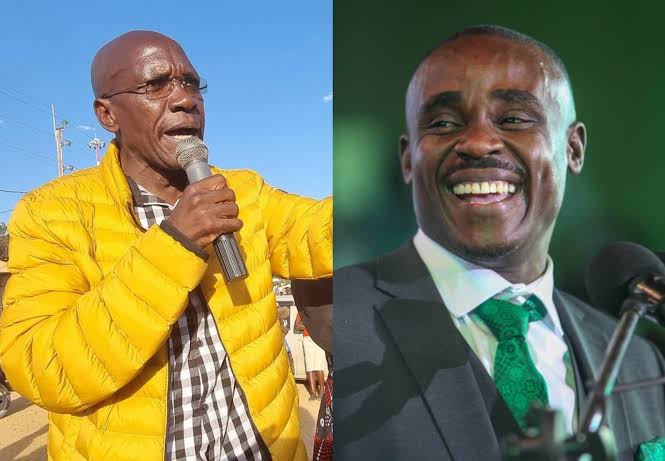 He further alleged that Deputy President William Ruto paid Boni Khalwale Ksh 3 million to drop his quest for the Kakamega governorship in favor of Malala.

According to the Kakamega billionaire, Ruto persuaded Khalwale to drop his ambitions so that Malala could stop pushing Mudavadi to deputize William Ruto in the Kenya Kwanza Alliance.