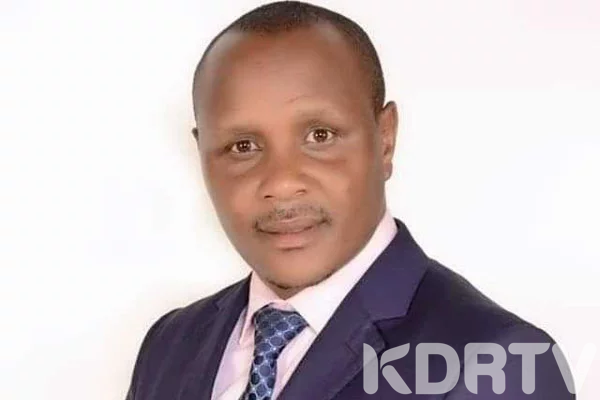 The current MCA who campaigned in Kiambu County for an elective seat in the 2017 General Election and Pastor  of the Africa Independent Pentecostal Church outlined quality education as part of his agenda for the electorate.

Well, he is being sought after by the EACC and the DPP for allegedly forging his KCSE certificates and joined Jomo Kenyatta University as per a gazette notice published on Friday.

“The investigations commenced following an anonymous report that the suspect, a Member of Kiambu County Assembly representing Kiamwangi Ward, used a forged KCSE certificate to enrol for a diploma certificate at Jomo Kenyatta University of Agriculture and Technology,” reads the notice.

The notice extended and read:

“Investigations revealed that the suspect applied for and was admitted to study for a Diploma in Governance and Leadership using a 1997 KCSE Certificate from Murera Secondary School and subsequently graduated on 25/11/2016. Kenya National Examinations Council confirmed that the KCSE certificate was fake and the university’s senate on 24/5/2017 withdrew the diploma certificate issued to him.”

Efforts to contact the MCA were futile as he ignored and did not comment on the matter. The Jomo Kenyatta University administration however confirmed that there were some illegalities in the MCA entrance to the university documents, adding that the diploma certificate he had pursued was withdrawn.

“It is true that the certificate issued to Robert Githongo on November 25, 2016, was withdrawn after the matter was tabled. The senate withdrew the certificate. JKUAT wrote to the principal of the said secondary school where Githongo is said to have studied, that is Murera Secondary School, who confirmed that he had never enrolled in the school and that the certificate was forged,” said Dr Hindzano Ngonyo, JKUAT’s chief corporate communications officer.