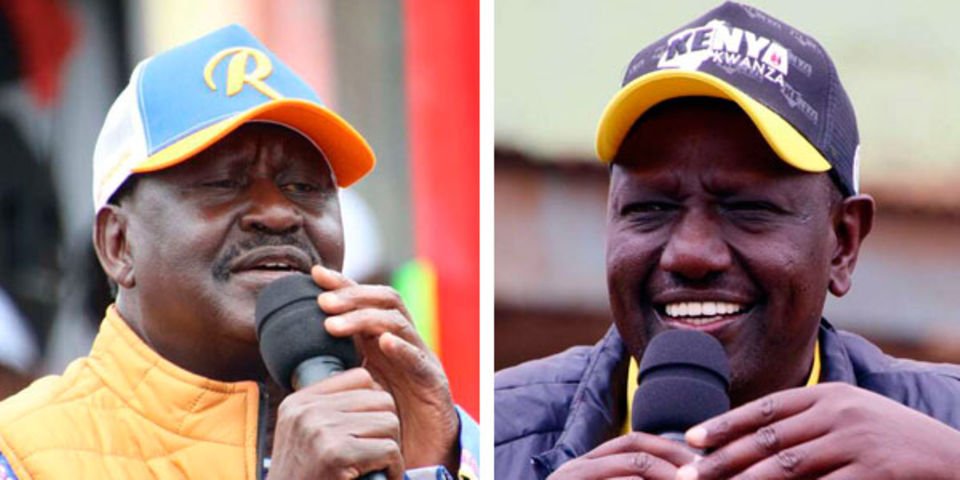 These are also the counties that recent opinion polls have deemed to be “battlegrounds,” where the vote might go either way.

The 10 counties are Mombasa and Tana River on the Coast, Marsabit and Isiolo in North Eastern, Narok and Samburu in the South Rift, Nakuru in the Central Rift, and Trans Nzoia, Bungoma, and Vihiga in Western.

Raila Odinga who is battling his arch-rival in what are viewed as his coastal strongholds, started a major campaign tour of the area yesterday and will remain there till Friday, holding four to six rallies daily.

The DP, on the other hand, spent the last month touring the Coast over the course of three days, visiting Mombasa, Kwale, and Kilifi.

Vihiga, Trans Nzoia, and Bungoma Counties in western Kenya, with a total of 1,355,622 registered voters, are also becoming critical battlegrounds as DP Ruto aggressively eats away at a vote base traditionally dominated by his opponent.

With more than a million voters, Nakuru County is also emerging as a key battleground, with Raila up six points to 30%, Ruto at 48%, and a sizable 17% of voters still uncertain according to latest polls.