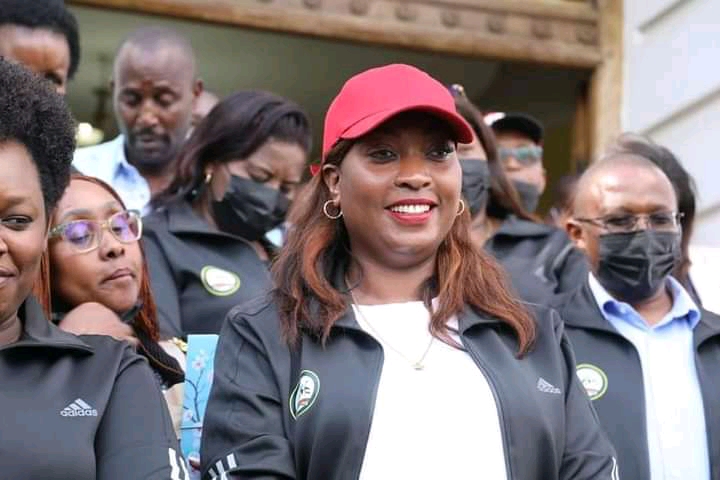 Nairobi County Deputy Governor Anne Kananu Mwendwa has finally been bestowed the powers and tasked to lead Nairobi county in a swearing in ceremony presided over by Judge Lilian Mutende at Comesa ground in KICC.

Anne Kananu becomes the fourth female governor since the interception of devolution in 2013. Kananu’s swearing in event has been dragging from the time former governor Mike Sonko was excommunicated through an impeachment motion on 18th December 2020. The fierce former Nairobi boss blocked Kananu’s swearing in by filing a case in court to restrain her (Kananu) from undertaking the office duties terming his (Sonko) impeachment as illegal and politically instigated.

However, last week, the Supreme court quashed Mike Sonko’s appeal case after finding that it lacks the merit substantiated to block Kananu’s from taking over Nairobi county.

“We lack jurisdiction to entertain the application. Objections by the clerk Nairobi County and County Assembly sustained. Motion dated October 23rd is incomplete and hereby struck out” the court letter read.

Kananu is now the third governor of Nairobi county after Evans Kidero lost the seat in 2017 to Mike Sonko.

“The responsibility bestowed upon me as the governor of Nairobi is no mean feat. However, I confidently state that I am up to the task and i will serve you the best of my ability” Kananu said.

KDRTV had reported that the supreme court earlier on suspended Anne Kananu’s swearing in ceremony.

This intriguingly comes a time when President Uhuru Kenyatta’s allied legislators including Dennis Waweru, Agnes Kagure among others are lining and shaping their political honchos to battle out ODM, ANC, UDA among other bigwig parties for Nairobi gubernatorial seat in 2022.