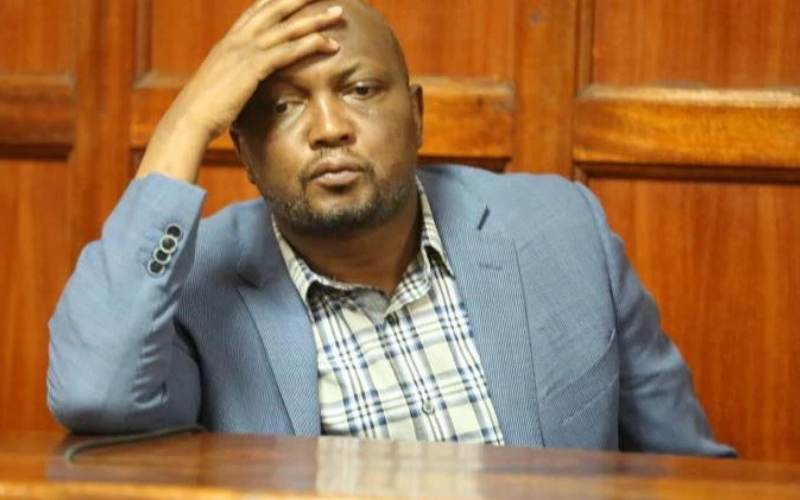 Gatundu South MP Moses Kuria has admitted that he was bribed to vote for Amos Kimunya as the majority leader.

Speaking in a BBC interview on Thursday, Kuria said that MPs being paid to pass bills in parliament is something that happens a lot.

“When the new Majority Leader was appointed because they were not elected…we went to the majority leader’s office and received the $1,000 gift,” he said.

He showed regrets for taking the money and said he’s willing to return it though not so sure to who.

“I’m not sure if the money belonged to Kenyan taxpayers, but I’ll be refunding the most recent that I can recall to the office of the leader of the majority,” he added.

“These things don’t happen on camera, and I don’t expect them to admit it, but they do happen in the majority leader’s office.”

Kitui Central MP Makali Mulu denied the matter insisting that MPs voted without any outside forces. He said Kuria’s comments give MPs a bad image in society.

“Members of this House are all honourable members. They have been elected by Kenyans and have a chance to say Yes or NO. It was very wrong that the member was saying the 235 members who voted Yes could only do that after being given Sh100,000.” he said.