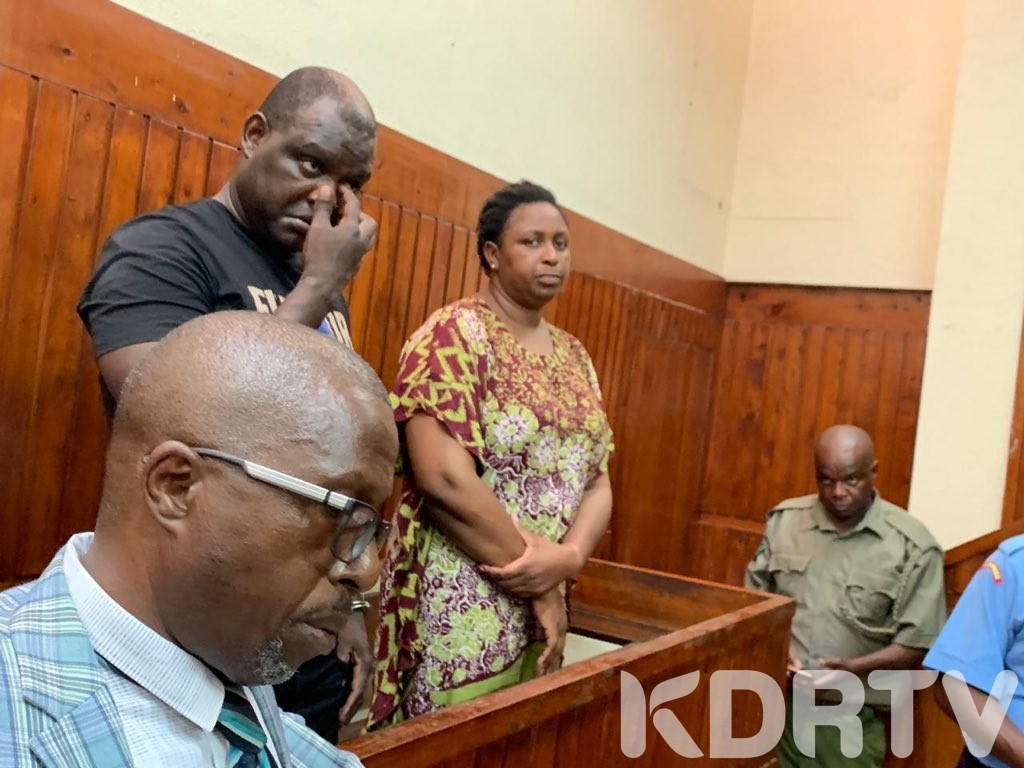 Malindi Member of Parliament Aisha Jumwa is under siege after the court ordered she spends night in police cell to await tomorrows ruling.

Jumwa and the bodyguard Okuto Otieno were arrested on Wednesday morning following an altercation at the compound of an ODM candidate, that led to the death of a supporter.

The two were presented before Senior Resident Magistrate Vincent Adet, with the prosecution seeking to have them detained for three weeks in order to commence on the investigations.

The ruling on whether the court will allow the prosecution to have her detained for three weeks will be determined tomorrow, with their fates hanging on the edge.

Let the law take its course! You don't shoot and kill just because you think you are above the law! No way and thus i am not part of WE👉🏾#WeStandWithAishaJumwa let Aisha Jumwa and his sex toy know there is law! pic.twitter.com/K1tkhGDX9W

According to the police information, Jumwa together with four others stormed an ODM meeting to disrupt and cause chaos in a convoy of vehicles and her supporters.

The confrontation escalated quickly and a man was shot dead in the process.

The police were allegedly tipped on what had transpired, forcing them to take action and arrest the MP together with her body guard.

“Aisha stormed in with her goons. They wanted to disrupt the meeting which was very peaceful and it was almost coming to an end. They became chaotic in front of the police officers who did not do anything to stop them. They just watched as Aisha abused everyone, wanting to fight everyone until Jola was shot,” said a supporter who witnessed the events as they unraveled.

Father to the deceased narrates How Aisha Jumwa stormed the meeting of ODM pic.twitter.com/5GBoBkt8Qi

Jumwa has been on the headlines lately after she decamped from ODM to Ruto’s team Tanga Tanga.

She has been embroiled in controversies after the other, with the most viral being the one he chased ODM Secretary General Edwin Sifuna from the podium while addressing residents during a burial.

Her fate is hanging on the fence as the police have argued that she would most likely interfere with investigations that were ongoing, hence reason to have her held for 21 days until the investigations will be done.