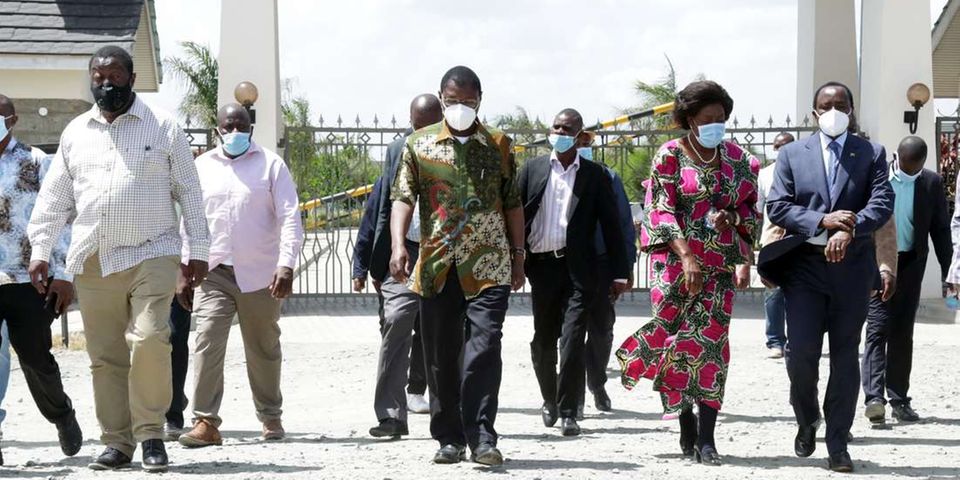 (KDRTV) – ANC leader Musalia Mudavadi has launched a scathing attack on Deputy President William Ruto, arguing that he cannot run away from the ills of the Jubilee Government.

Mudavadi said that Kenya’s economy is on its deathbed due to the policies, like overborrowing which were orchestrated by the Jubilee regime. Ruto was part of these policies, and cannot, therefore, claim that he will fix the problems he helped create.

Read Also: DP William Ruto Still Not Sure About Running for 2022 Presidency

“Kenya is where it is today because the government in power borrowed heavily, then we have a guy who has been in the kitchen for the last eight years pretending he can now cook better food for the country,” Mr. Mudavadi said in a meeting with Wiper politicians at a hotel in Athi River on Wednesday.

According to the former Cabinet Minister, Ruto cannot be trusted with the presidency as he will not come up with policies to turn around the economy, stop corruption, and create jobs for the youth.

Read Also: Ruto Must Support BBI or Forget the Presidency

Though the agenda of the meeting was to discuss modes to popularize the BBI report, the three widely discussed how to front one of them for the Presidency in the 2022 elections.

Kalonzo said they are discussing ways of coming up with a broad coalition which will include Baringo Senator Gideon Moi and former Bomet Governor Isaac Ruto. Most of the members have already declared their interest in the presidency, but they know the only way to have a chance against Ruto is if they unite under one coalition.