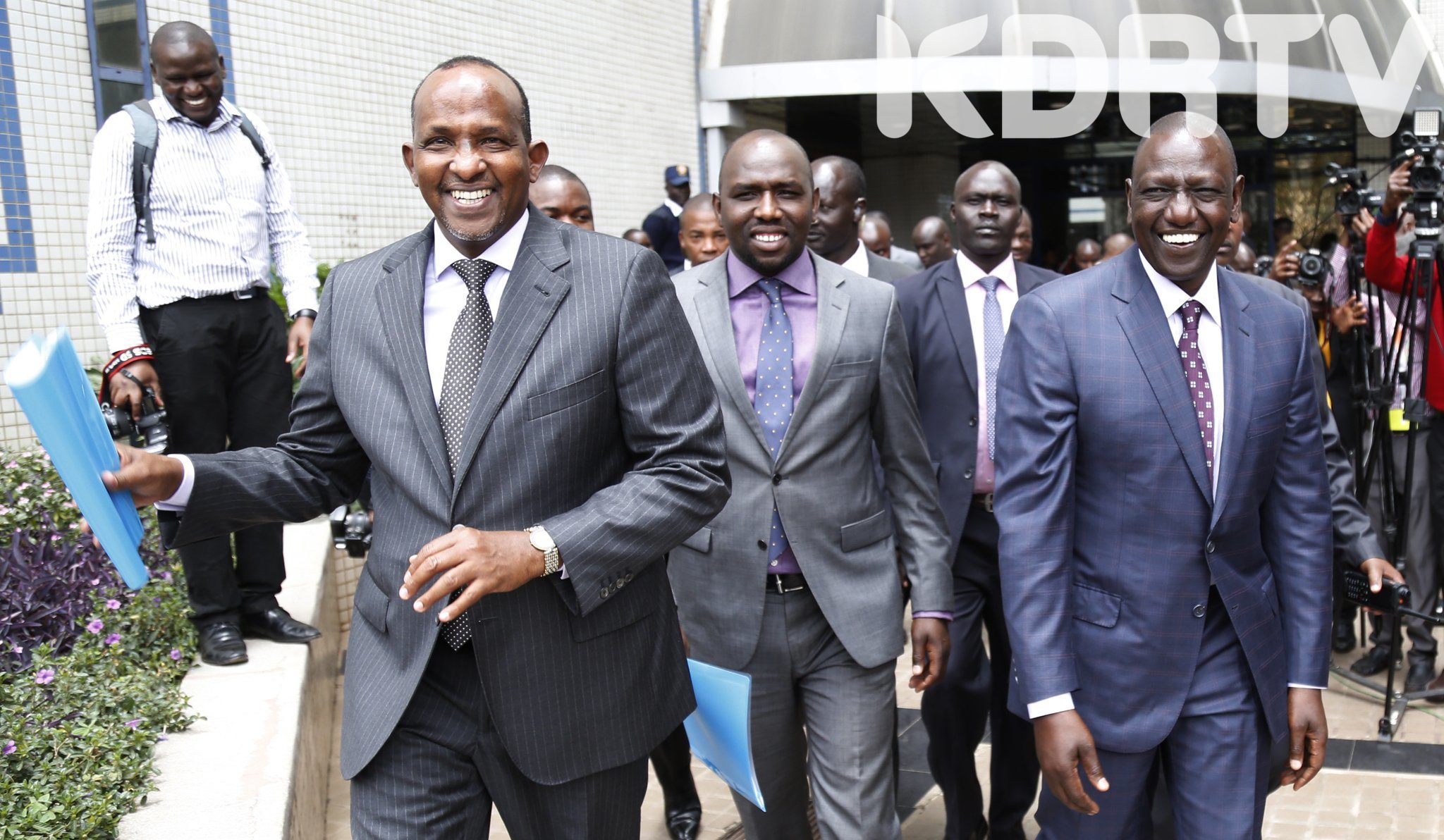 Deputy President William Ruto’s allies have battled with government officials over allegations that Raila Odinga of the Azimio la Umoja One Kenya Coalition Party will win the presidential election on August 9 with 60% of the vote.

They made the assertions after Interior Principal Secretary Karanja Kibicho and Information and Communications Technology Cabinet Secretary Joe Mucheru both stated that Mr Odinga would win the first round.

The two officials based their conclusions on information gathered by the National Intelligence Service (NIS).

“There are people who will make noise for perception creation, which is far from facts. We don’t deal with such perceptions; we deal with facts on the ground and they are saying very different things,” Dr Kibicho told Citizen TV.

CS Mucheru had earlier stated that Raila’s move to pick Martha Karua as his running mate will see him winning in the first round.

Belgut MP Nelson Koech said that the NIS has no role beyond matters of security and counterintelligence.

“If it is true NIS carried out an opinion poll for Uhuru’s project at the behest of Dr Kibicho and Mr Mucheru, it would amount to a waste of public resources and abuse of office. Even if NIS had done an opinion poll, one would expect to hear from the official spokesperson, who is the Director-General.” He stated.

UDA party chairman Johnson Muthama appealed for the NIS to be politically neutral.

“NIS is paid by Kenyans irrespective of which side of political organisation they belong to. They are paid to be fair. For Kibicho to stand and say they have information from NIS which was not given to Kenyans and the other side of the political divide, that shows they are planning to rig the election.”

“Elections are not won by issuing silly statements. It’s Wanjiku that has the vote. Dr Kibicho, stop your lies and falsification of NIS reports. We see them when you see. We know it’s a grim reading for you. Pole! ” he tweeted.