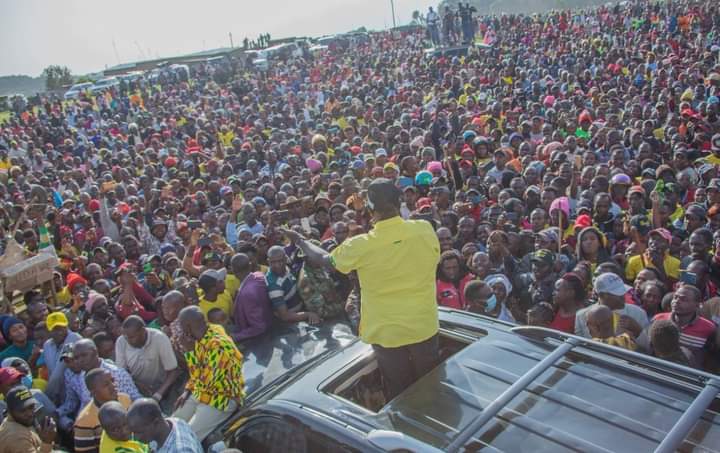 Deputy President William Ruto and his Kenya Kwanza counterparts have been suprised after thousands on locals in Narok County attended their rally.

While speaking to the locals, the second in command said that he has never seen such a huge crowd from the region in the past political rallies. 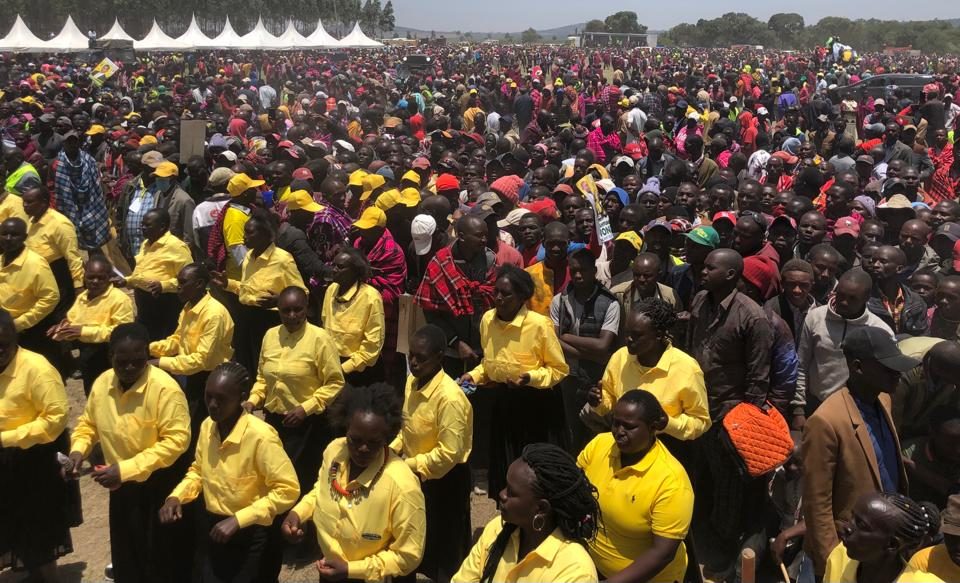 The DP utilized the event to express gratitude to Narok Woman Representative Soipan Tuya and Narok West Member of Parliament Gabriel Tongoyo for withdrawing their candidacies and jointly agreeing to endorse Ntutu for the UDA ticket.

However according to Narok Senator Ledama Ole Lina, the DP and his allies might have ferried the crowds from neighbouring counties.

” I see Narok -Olopiril village Has today been turned into a small Kericho and Bomet !!!! Pole sana Ndugu Those Transported there will not vote in August 2022.” Ledama tweeted. 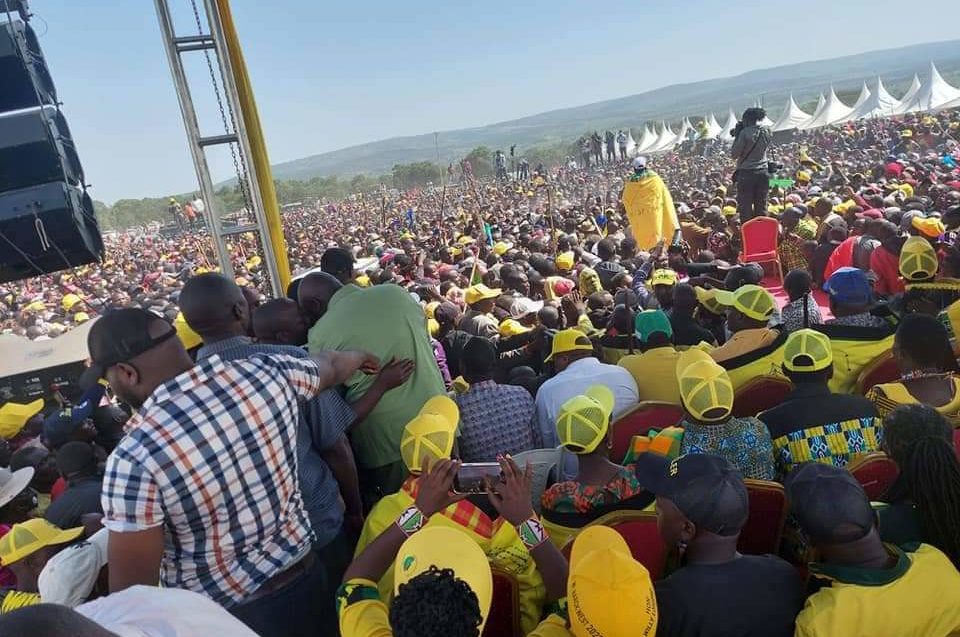