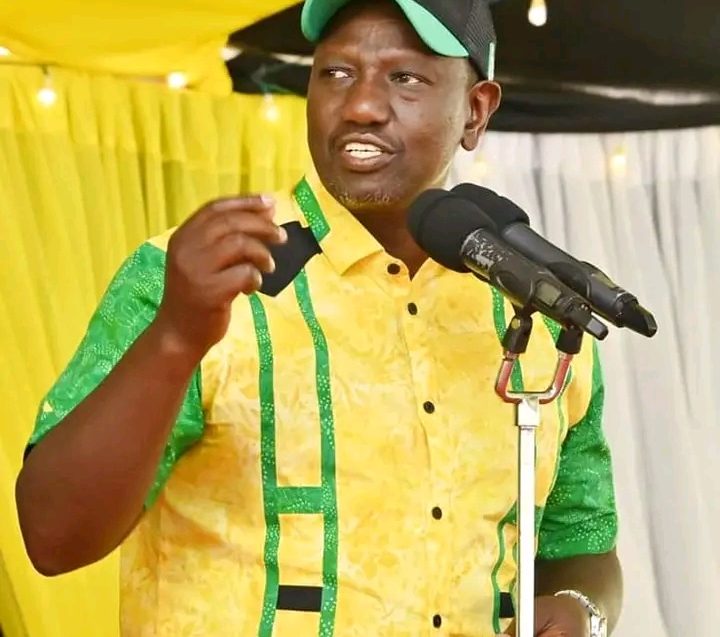 “Stop the pretense! Let IEBC perform its mandate. Sakaja will be on the ballot,” said DP Ruto.

The DP asked the Jubilee government to leave alone Senator Sakaja, arguing that he is a well-educated hustler who lives in the city and has all of his academic documents.

“The deep state and system are making calls all over including the Uganda Statehouse wanting to stop Sakaja from being Nairobi Governor. I am telling you Jubilee leaders, leave alone Sakaja, he has enough certificates. If there is someone with questionable certificates, it is the Azimio Presidential candidate,” said DP Ruto.

“Where did he school, what, with who, who taught him? You cannot answer all that yet you are telling us he has a degree.” The UDA leader added.

Ruto was speaking in Nyakoria in West Mugirango in Nyamira County while in the company of Kenya Kwanza Alliance leaders including Musalia Mudavadi and Moses Wetangula.

Dr. Ruto, who began his Gusii tour on Thursday at Manga, Borabu constituency in Nyamira County, promised that members of the gusii community will not be forgotten in his “2022 government.”

“This new government which we are creating, I will ensure members of the Gusii community are given priority. Do not worry. Who do you think brought in Dr Matiang’i and the solicitor General Ken Ogeto in Government? He posed.

Ruto’s visit to Manga appears to be calculated in order to sway Borabu locals away from the Interior CS and, by extension, the Azimio La Umoja-Kenya One Alliance.

DP Ruto has been at odds with the CS, who has encouraged Borabu locals to reject all of President Kenyatta’s projects and send them home with the president, who is slated to step down after the August General Election.

The Deputy President and the Chief of Staff have been at odds since Dr. Matiang’i was assigned to manage the coordination of government programs.