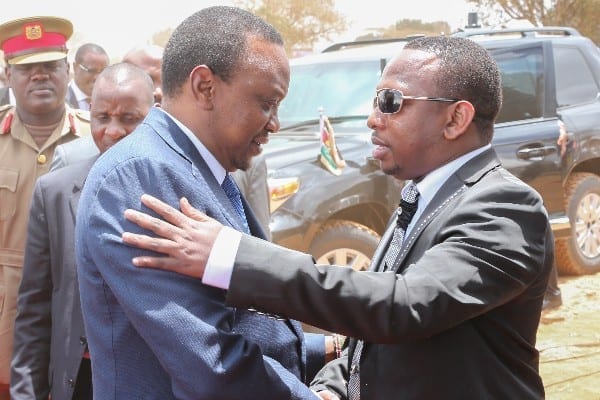 Top Azimio leadership was forced to turn to former Nairobi Governor Mike Sonko in a bid to help their candidate Polycarp Igathe to win the Nairobi top seat in the August 9 elections.

Azimio was forced to seek the help of Mike Sonko after months of reluctance but realised that UDA candidate Johnson Sakaja could beat Igathe hands down.

This comes after Johnson Sakaja of the UDA routinely led Igathe in polls, and the grueling debate on Monday was widely believed to have been “won” by the city senator.

According to the most recent opinion survey conducted by Radio Africa and released on Monday, 56% of city residents would vote for Sakaja, compared to 36% who would vote for Igathe.

Sonko is believed to have a big fan base and strong grassroots networks in the city where he previously held political office as a senator, governor, and member of parliament before being pushed out.

Additionally, he is a fantastic mobilizer, particularly in Nairobi, where he began his political career.

The Wiper leader Kalonzo Musyoka has reportedly been pressuring the Azimio executives to approve the former Nairobi governor, whom he described as a “huge” mobilizer, as part of his agreement with the coalition.

“They have been negotiating for several months but there has been some reluctance on the side of the leaders, but things changed after the [Nairobi gubernatorial debate],” a source close to Sonko intimated.

In exchange, the bosses promised to drop their campaign for zoning and give Wiper and Sonko free reign to run for governor of Mombasa (pending the outcome of the court case).

The High Court exonerated the former governor on Wednesday and instructed IEBC to accept his nomination to run for governor of Mombasa. He had filed an appeal against the commission’s denial.

Sonko was on Tuesday spotted with Raila Odinga his running mate Martha Karua before he accompanied President Uhuru to Mwiki.

Sonko advocated for Azimio at the event and promised to support Raila, Igathe, and other Azimio candidates in the region and beyond.

Also Read: Sonko Off the Hook As High Court clears him to run for Mombasa governor