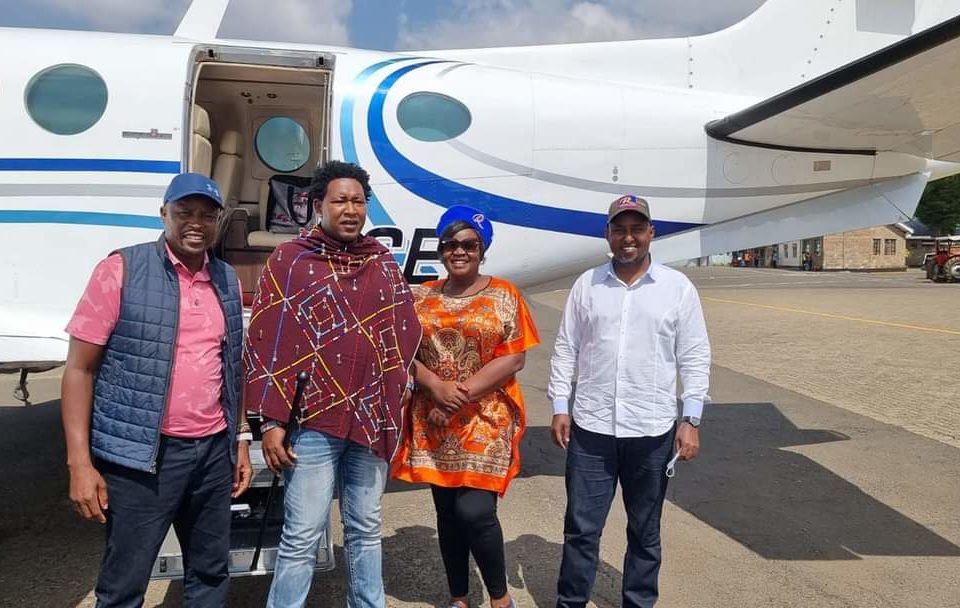 The team, consisting of young and energetic politicians who enjoy hopping from one rally to the next in helicopters, has emerged as the focal point of Raila’s campaigns.
The Sky Team, which consists of governors and legislators, appears to be on a special mission, as they have both choppers at their disposal to facilitate crisscrossing the country for campaign rallies.

According to close sources in the Raila Camp, the team can attend up to 4 rallies in one day.
The team comprises Governor Hassan Joho, Charity Ngilu, Ledama ole Kina, Babu owino, Junet Mohammed, Kanini Kega, Sabina Chege, and Gladys Wanga.

The team was allegedly formed to match the fierce Tangatanga brigade, which comprises Rigathi Gachagua, Didmus Barasa, Ndindi Nyoro, Alice Wahome, and Kimani Ichungwa, who are DP William Ruto’s foot soldiers.
The Azimio Sky Team has crisscrossed over 20 counties and held at least 30 rallies since Raila Odinga official began his campaign on January 15.

According to political analyst Peter Ng’ethe, the team’s formation is not an act of coincidence but rather a well-planned move by Azimio la Umoja’s team to infuse a new and more energetic team into Raila’s campaign.

“These are seemingly young and eloquent campaigners who have the charisma and charm. Raila Odinga has entrusted them and has elevated them in the Azimio hierarchy. They are able to resonate with the aspirations of the younger voters hence a very important team for the campaigns,” Peter Nge’the says as quoted by People Daily newspaper.