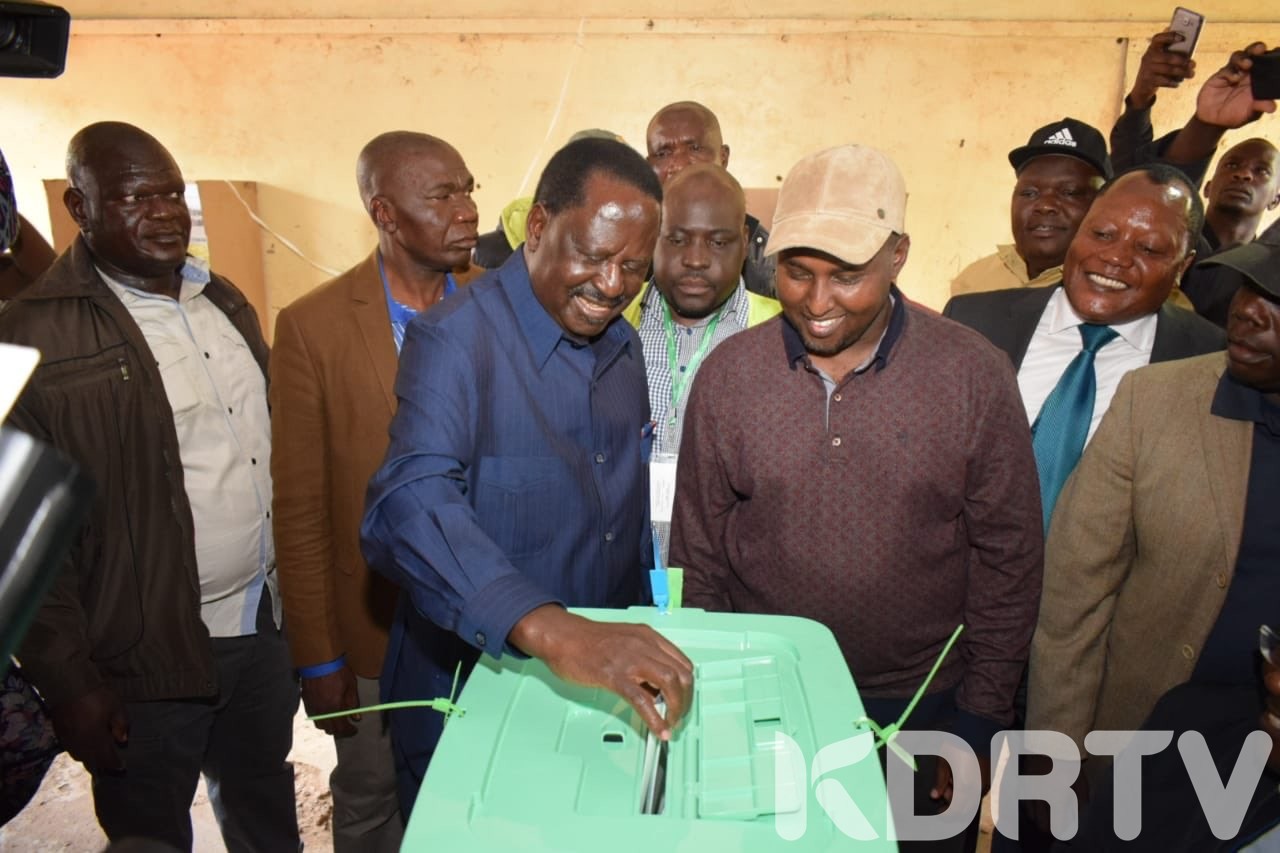 Unconfirmed reports have intimated to us that Tanga Tanga spent more than Ksh 200 million to campaign in Kibra. Now that is a very huge amount of money that can sway even the most informed of voters. Kibra is the poorest constituency in Nairobi, meaning such money could have done even worse.

In fielding former Harambee Stars midfielder MacDonald Mariga, a man who couldn’t even vote for himself, Ruto had only one strategy in mind; voter bribery.

Kenyan politics are never fair, voter bribery has been and will always be the norm. ODM petitioned IEBC to investigate alleged voter bribery that was happening at Ruto’s Karen residence but the commission did nothing. Raila’s party couldn’t just sit and wait for Tanga Tanga to raid their bedroom.

Immediately after Imran Okoth emerged victorious in the party primaries in September, the former Prime Minister announced that Suna East MP Junet Mohammed would take charge of the campaigns in Kibra.

Baba was not ready for what had happened in the previous by-elections where Edwin Sifuna and James Orengo had failed to deliver the Embakasi South and Ugenya seats.

Junet came up with a simple plan to ensure Ruto wasn’t going to have his way in Kibra. In October, during an ODM rally at DC Grounds, the Suna East MP asked Kibra residents to burn anyone seen bribing voters in the area.

“The law doesn’t allow voter bribery in our land so if you get them bribing, please get a tyre over their heads and burn them up,” he told a charged crowd.


There was an uproar on social media after the rally, with a section of netizens calling for the arrest of the National Assembly Minority Whip, especially after he threatened to lead youths to Karen and burn the DP’s residence.

But if nobody was speaking against the bribery going on in Kibra then why speak against the measures taken by children to protect their father’s bedroom?

It was this hardline stance, that laid the foundation for Imran’s win on Thursday. Junet ensured that the playing ground wasn’t going to be fair if the opponents had an undue financial advantage.

WHO IS JUNET MOHAMMED?

On Thursday morning, Junet announced on social media that he was aware of some people receiving money from Ruto’s Weston Hotel. The money was to be used to bribe voters at different polling stations in the constituency. He, however, said they had elaborate contingency plans for this.

Kibra by election made me realize why @JunetMohamed is Baba's right hand man. Dude gave his all in Kibra. Come 2022, you'll hear Fools questioning why @TheODMparty is giving him a direct nomination for Suna East parliamentary seat. We fully embrace you Junet. HONGERA.

At around 10AM, Baba went to vote at the old Kibera Primary School, Junet Mohammed was present. Raila asked Kibra voters to protect the bedroom from outsiders.

This was call to action for Junet and his team to ensure no voter bribery occurred in the constituency. According to blogger Robert Alai, Raila had given Junet instructions to form the ‘Voter Protection Unit’ which delivered instant justice to anyone got bribing voters.

I am reliably informed that @RailaOdinga tasked Suna East MP @JunetMohamed with monitoring and protecting votes in Kibra.

Several people were on the receiving end of this group. Though it has been accused of intimidating voters, no one is talking about the voter bribery that was witnessed across several polling stations.

Because the hunters have learnt to shoot without missing, we have learnt to fly without perching. My vote protection team and I are ensuring no monkey games happen here. Tuko Tayari. Mbele Pamoja! #ProtectingTheVote pic.twitter.com/tZ7yCnDHzX

In the words of Junet Mohammed, Kibra is the last line of defence for Raila Odinga. It controls what other strongholds will do. It should be protected with everything possible. Junet is the man who does what needs to be done to get the job done.

He was the only politician present during the famous handshake between Raila and President Uhuru Kenyatta in March last year. In fact, the only other person who accompanied Baba was his daughter Raila Odinga.