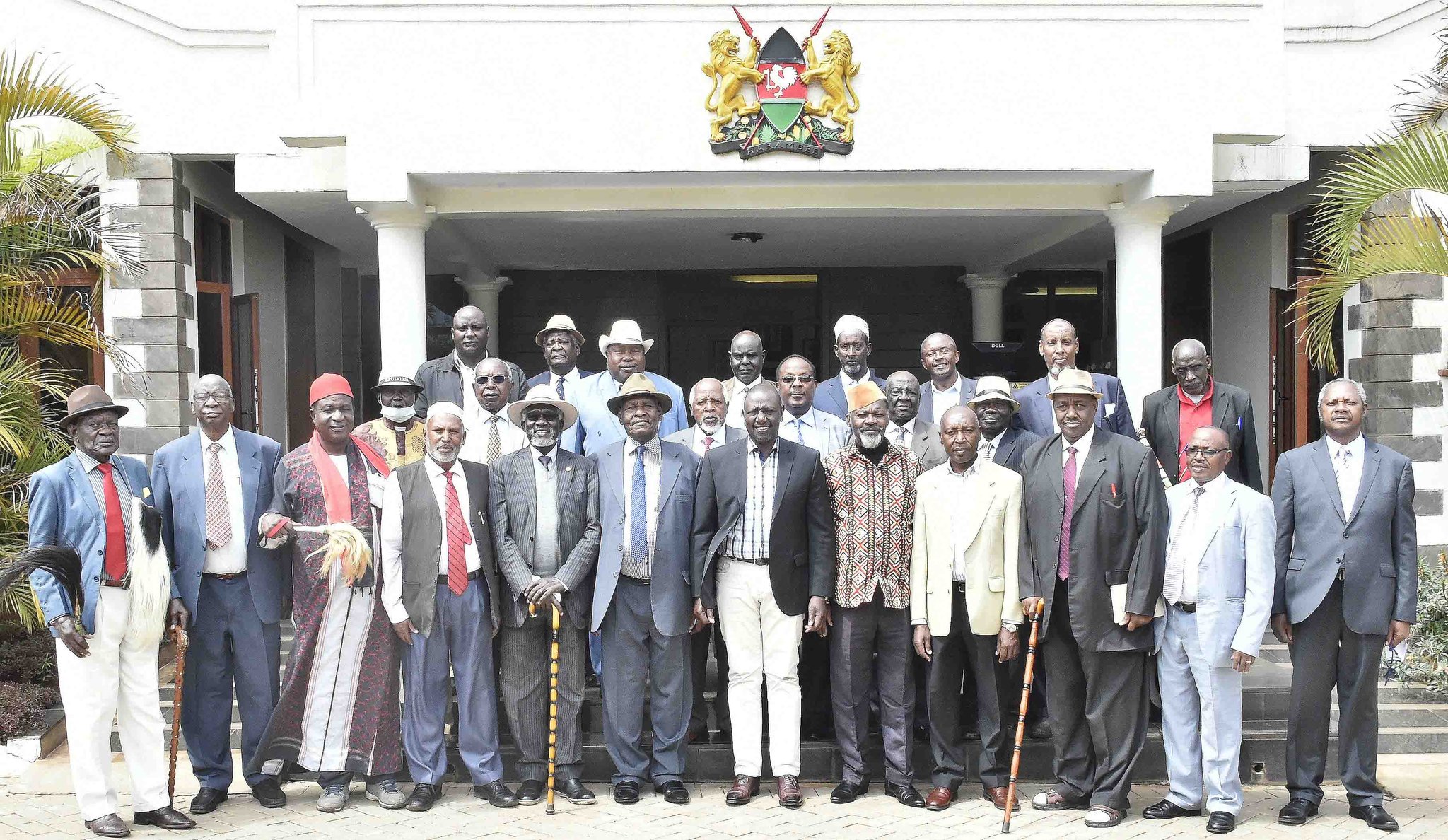 DP William Ruto with elders at his Karen Residence

(KDRTV) – A team of the National Council of Elders which visited Deputy President William Ruto on Tuesday, had visited two other politicians before heading to Karen.

KDRTV can confidently report that the elders, led by President Uhuru Kenyatta’s cousin Kung’u Muigai had visited ANC leader Musalia Mudavadi and his Wiper counterpart Kalonzo Musyoka on the day they paid a courtesy call to the DP.

Ruto said he had met the elders because they play a crucial role in ensuring Kenyans live in harmony by preaching the formation of national rather than political parties.

Elders must take the lead to preach unity and end ethnicity in our country. They must mentor the youth to be responsible leaders, moderate our politics to be less confrontational but more issue-based & encourage the establishment of national rather than tribal political parties. pic.twitter.com/HTDefPYnHm

The Tanga Tanga fellows wrongfully believed that the elders had endorsed their man for the top seat. But that couldn’t be so far from the truth.

Mudavadi said he also met the elders and that they discussed matters of national importance.

“We discussed the challenges of this country at length where I urged the elders that although they should be non-aligned in matters politics, they should be firmly aligned against corruption, impunity, tribalism, and divisive politics,” the ANC leader said.

I held a meeting with 26 members of the Kenya National Council of Elders leadership led by its Patron, Capt. Kungu Muigai, Chairman Phares Rutere, Treasurer Ahmed Sef and Deputy Chairman Major John Seii. Other leaders amongst them Philip Masinde and Sam Mumbi. pic.twitter.com/9uYNPd8lMD

Though Kalonzo has not officially announced his meeting with the elders. KDRTV has accessed several pictures taken at the former Vice President’s office.

We also understand that the elders will be meeting other senior political players this week. Former Prime Minister Raila Odinga is likely to play host to the team.

Read Also: Why Kalenjin Elders Wanted Moi to be Buried at Night

Captain Kung’u Muigai previously insisted that the council of elders will not take political positions.

“As elders, we don’t engage in petty politics. Our position is that all politicians are our children. If you are a father, and you find your two boys fighting, will you pick on one and continue whipping?” he posed in an interview with a local daily.