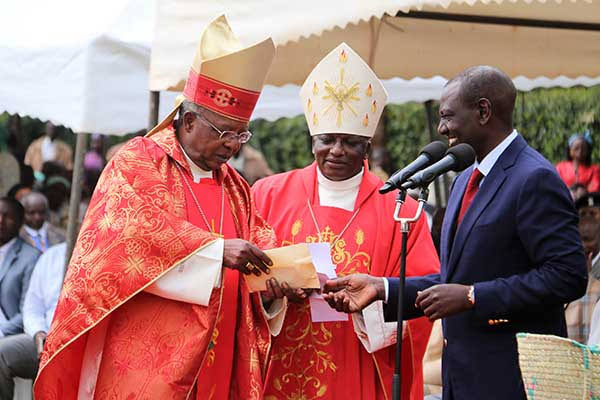 Photo of DP Ruto giving donations during a past church event. Image courtesy

While speaking on Sunday in a church service in Vihiga County, the second in command stated that he will temporarily halt his program on donations until the end of the August 9 general elections.

“I have heard about your plan for the construction of your church. I know you guys when you see me you remember that I am a man who builds churches.

“Today we will not be contributing to the church building because the elections law does not allow it. But once the exercise is over, I commit myself that we will come back and ensure the completion of the church is done,” Ruto said.

His move is in accordance with the election act that bars political aspirants from doing fundraising after the election date has been gazette. 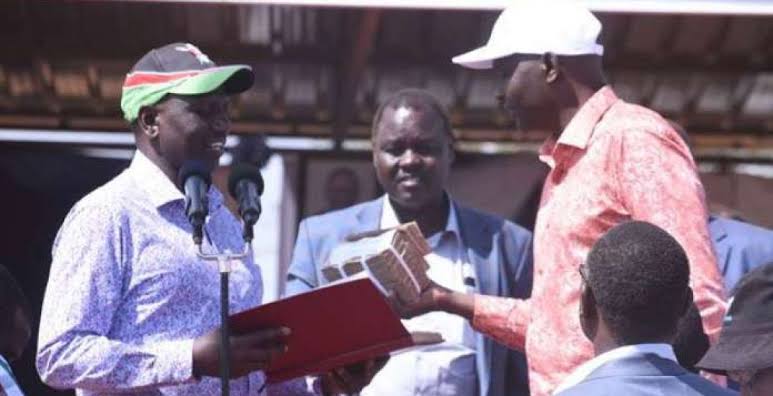 The law applies to all levels of political position starting from the President down to the Member of County assembly seat. The act further states that any person found doing harambees during the period stands a chance of being disqualified from running for office.

Ruto has been fond of giving millions of shillings to churches during his tenure as deputy president.

Many of his opponents have attacked his generous donations starting the source of his money can only be linked to corruption. 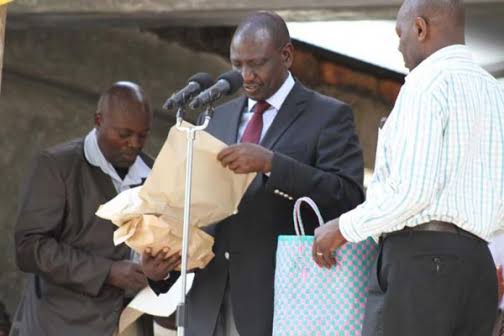