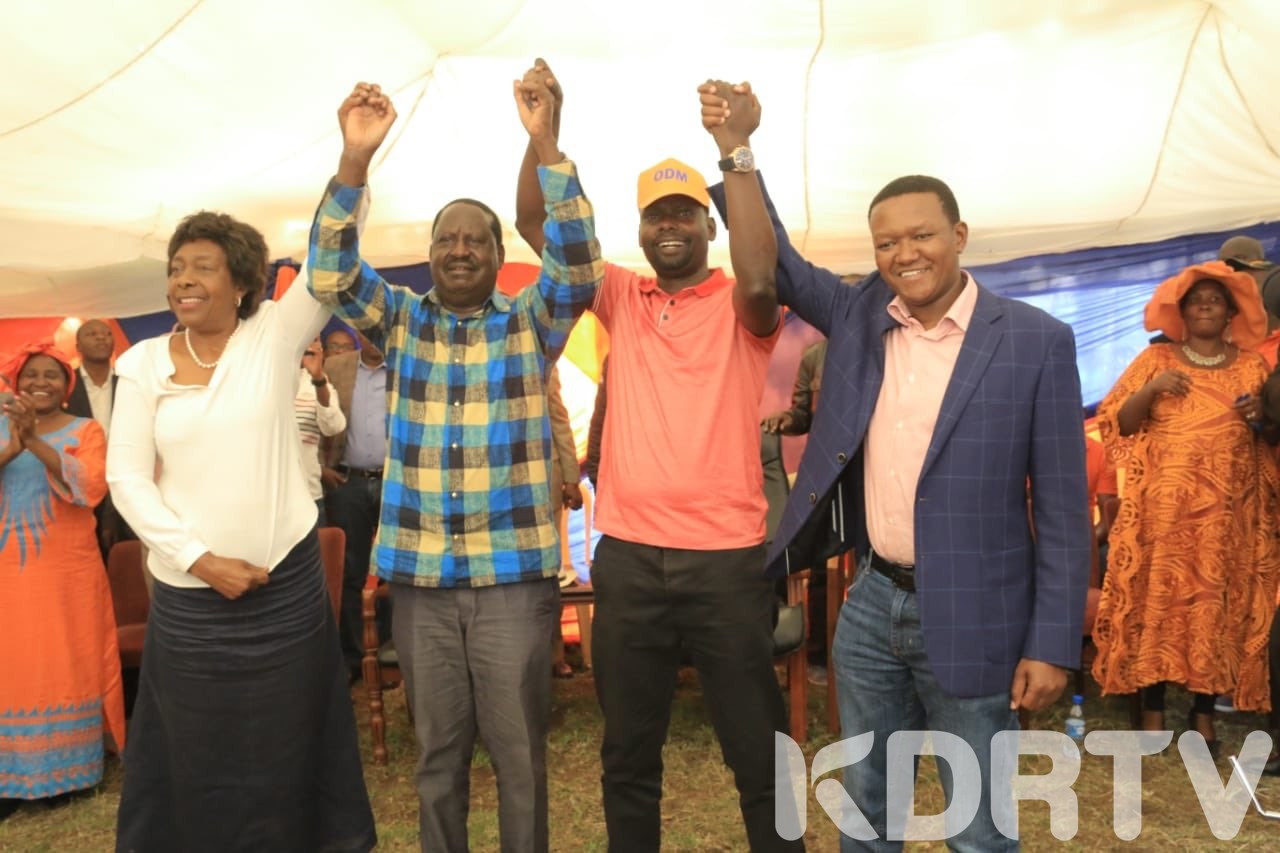 The ODM Party has sent out a veiled message to Deputy President William Ruto, telling him that his opinions cannot control the party.

The DP, during a church function in Salgaa on Saturday, said that things are so tough for ODM leader Raila Odinga in Kibra that he has had to call for reinforcements from other parties.

Ruto was referring to Saturday’s meeting between Raila and Machakos Governor Alfred Mutua.

But the ODM party, through its Twitter handle said that some opinions don’t matter because the party is confident and secure.

When we are truly confident and secure, the opinions of others cannot control us #KibraNiKwetu

Even though the message was not a direct response to Ruto’s utterances in Nakuru, most netizens interpreted it as being directed to the DP.

On Saturday, ODM’s Director of Communications Phillip Etale challenged Ruto to repeat the same statement he said in Nakuru in Kibra.

Can William Ruto repeat the things he said in Salgaa on a podium right inside Kibera. Come baby come. Kibra campaigns are done in Kibra 250 Kilometers away. Coward

Kibra polls will be held on Thursday next week. Despite 24 candidates taking part, it has been reduced to a two-horse race between Jubilee’s McDonald Mariga and ODM’s Imran Okoth. Imran is the brother to former MP Ken Okoth who succumbed to cancer in July.

ODM has insisted that there is no contest in the race and they will easily win the seat considered to be Raila’s bedroom.

“We ain’t gonna make it a battleground, we shall win EASY. We have the PEOPLE, we have the POWER, we have the GROUND and we have BERNARD OTIENO OKOTH, the people’s candidate.” The Party said on Twitter.

Raila will hold a mega rally at Woodly Grounds on Sunday afternoon to drum up support for Imran. The former Prime Minister has pitched camp in Kibra for the better part of the week, meeting several communities.

Jubilee will also hold a rally in the afternoon to campaign for Mariga.