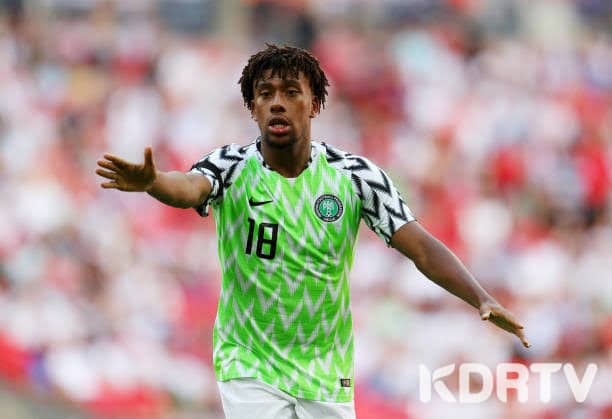 After helping his country secure a third place finish at the recent concluded Afcon championship Nigerian winger Alex Iwobi is unsure of his stay at  the Emirates.

Arsenal are keen on signing Wilfred Zaha from Crystal place despite financial constraints due to their limited Budget. the Ivorian Winger has told the club he would like a move to North London

Alex Iwobi has received a lot of backlash on social media on his decision but the player aims at first team football which he is not getting at the club.

Iwobi told The Sun : “I am not one to chicken out. I have had it all over the years, being told I’m not good enough. So whenever the chance comes I always try and prove I should be starting. But it’s going to be difficult if Zaha comes.”

“I am up for the fight but the only time I would consider leaving is if I am not playing as much as I would like to. Obviously, my joy is to play football and not just sit out.”

Subscribe to watch latests videos
In this article:Alex Iwobi, Emirates