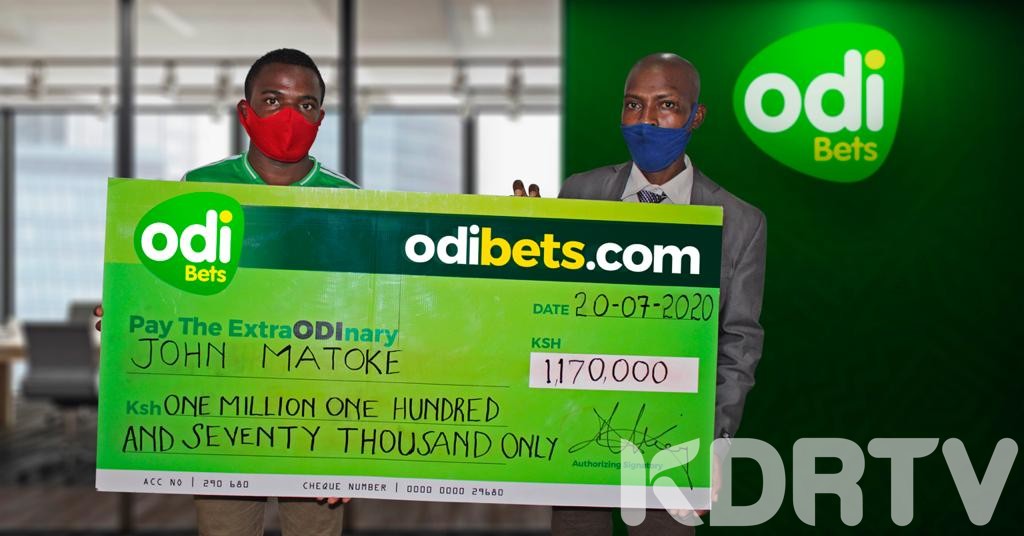 (KDRTV)- Was it a stroke of genius or the day the Lord had made for one John Matoke? We will never know this is after Mr Matoke won Sh1,173,000 on Odibets after placing two separate bets of Sh500 and Sh300.

Matoke, who knew about Odibets through a friend, placed his bets that entailed draws just before the weekend games.

“A friend of mine introduced me to Odibets and before my big win I had been always trying my luck on various games from the different leagues that had resumed,” said an elated John as he spoke to journalists.

The office administrator who is an ardent soccer betting fan went on to explain how he was overwhelmed with joy his congratulatory message on his win from Odibets.

John who placed his bet via SMS said that he intends to build a house with his winnings and also help better the lives of his family.

Early this month, it was a dream come true for one John Githaiga after he won Sh505,692 on Odibets after placing an 11-team multi-bet prediction that sailed through.

A jovial Githaiga mentioned that he had predicted over 2.5 goals for all the eleven matches in his bet slip.

Subscribe to watch latests videos
In this article:Betting in Kenya,Kangemi,Odibets