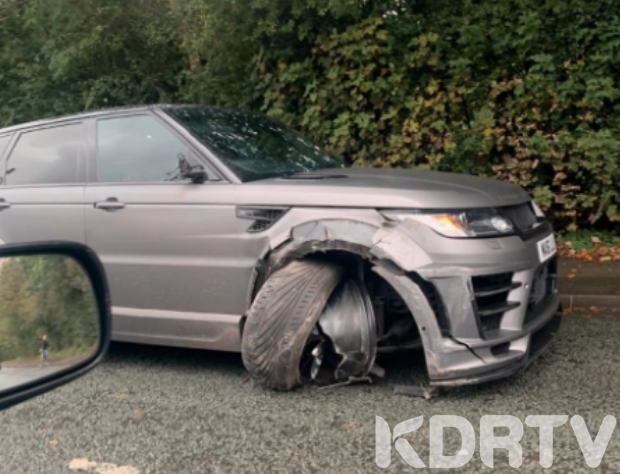 Manchester City striker Sergio Aguero was involved in a car accident on Wednesday, while driving his Sh1o Million Range Rover heading for training.

Although he has not been hurt and has been confirmed to be in good condition, the car was damaged and left with an offside wheal to the front.

The striker was not included in Argentina’s squad during the international break, for their fixtures against Germany and Ecuador, because he has been carrying an injury.

The reigning Premier League champions were beaten 2-0 by Wolves before the international break in a blow which has left them already on the back foot in the title race.

With Sergio’s full recovery still unknown, it is unclear whether the striker will be included in the  City’s travelling squad for the game at Palace.

According to Lionel Scaloni the International manager, Sergio scored eight goals during the season although he was carrying an injury.

“Sergio Aguero is not here because he’s been carrying a problem and has not been training 100 per cent with his club,” Scaloni said.

In a past incident, the striker ideally was involved in a car crash that led to a fractured rib after the taxi he was travelling in hit a lamp post in Amsterdam.