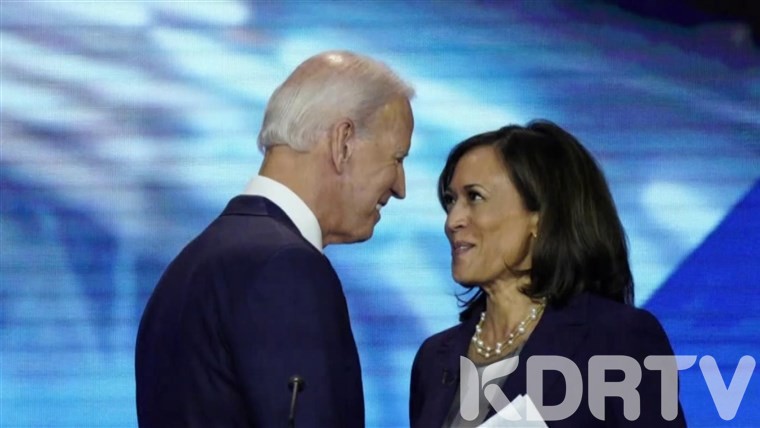 KDRTV-Former Obama’s Vice-President Joe Biden has picked California’s Senator Kamala Harris ,as his running mate for the up coming US Presidential race slated for November this year.

Many political analysts had guessed right that a female was likely to be Joe Biden’s running mate and it didn’t take them by surprise when Senator Kamala’s name was mentioned at press conference he held.

News Reporters followed Senator Harris Kamala’s movements from her house to the Airport till the time she boarded a private Jet and were certain that she was going to meet Mr. Joe Biden in an undisclosed place before Biden made it official that she’s her pick for the second in Command job in the US.

Senator Kamala has a robust history in fighting for equality in America from the time she served as a two term Attorney General for the State of California and as the Senator representing California in the US Senate.

Kamala Harris is as a child of Immigrant parents. Her Father was born in Jamaica and immigrated to the USA and worked at Stanford University as an Economics Professor while her mother Shymalla Harris immigrated from Asia.

Her parents divorced while she was young and brought up by a single mother with her sister and often speaks of her mom’s resilience and patience in bringing them up and teaching them to be strong women in life.

Senator Kamalla Harris brings lot’s of experience to Joe Biden’s campaign. Her inclusion has sent cold shivers in President Donald Trump’s who has already downplayed her candidature calling it weak and of no consequence in his second quest for his final term.

The Democratic Convention which will be held in August 17-20 in the city of Milwaukee Wisconsin will definitely endorse Joe Biden’s ticket a likely tough battle is looming between the Democrats and the Republicans.

Democrats have already shown a big boost in their numbers in Congress buoyed by the President’s inability to tackle the Corona Virus which has infected almost 5 Million Americans and claimed the lives 160,000 Americans since it was reported in the US a few months ago.