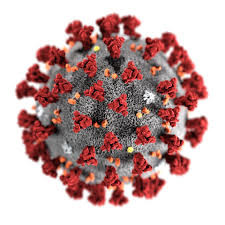 KDRTV-Britain has joined the USA in compelling the World Health Organization (WHO) to force  China to be honest about the origin of Coronavirus.

KDRTV understands that the USA has been faulting China for being dishonest about the origin of the virus.

Several months ago, the USA intelligence had indicated that there was a possibility that the virus originated from a laboratory error, however, Chinese authorities refuted the claims.

According to the first report published by WHO and Chinese experts in March, there were four hypotheses about the origin of the virus.

The first hypothesis indicated that the most likely theory was that the virus originated jumped to humans from but.

However, the team dismissed the claims that the virus could have originated from a laboratory in Wuhan in China as speculated by the USA intelligence

KDRTV established that the US diplomatic mission in Geneva on Thursday said that the theories about the origin of coronavirus were insufficient and inconclusive and called for further investigations.

The origin of the novel virus has sparked heated tension between the two giant countries.

KDRTV understands that the USA pulled out from WHO during the regime of former President Donald Trump after the president faulted the world agency for supporting the Chinese dishonesty about the origin of the virus.

The British ambassador in Geneva on Thursday insisted that the first report about the origin of coronavirus was not the end and called for timely, transparent, evidence-based, and expert-led phase two investigations.

“We call for a timely, transparent, evidence-based, and expert-led phase two study, including in the People’s Republic of China, as recommended by the experts’ report,” he said.