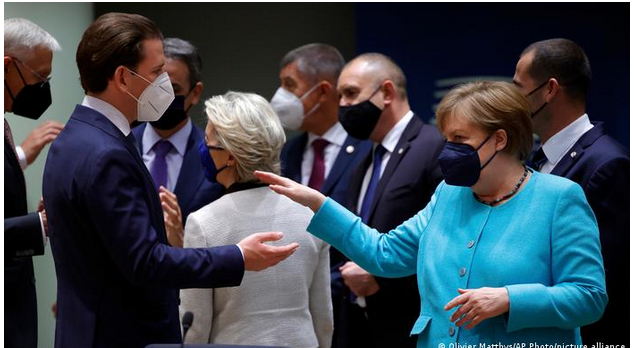 Russia considered to be a serious threat to EU

KDRTV NEWS: EU leaders have not reached census on a face-to-face meeting with Russian Vladimir Putin.

A section of leaders has considered Russia to be a threat to the EU.

However, the EU leaders agreed on planning sanctions against Russia at a summit on Friday.

The leaders though did not reach a consensus to have a summit with the Russian leader Vladimir Putin.

France and Germany were the only countries during the EU summit in Brussels who called for a direct meeting with Vladimir Putin.

The proposal by the two countries has come after the US president Joe Biden had held his own meeting with  Russian Putin in Geneva last week.

The EU leaders however did not reach a conclusion to have a summit with Vladimir Putin.

In the statement, the leaders said that the:

will explore format and conditionalities of dialogue with Russia”

“to present options for additional restrictive measures, including sanctions” against Russia.

“We defined again under what conditions we are prepared to work and communicate more closely with Russia… There was no agreement today on an immediate leaders’ meeting,” German Chancellor Angela Merkel said after meeting EU leaders.

German Angel Merkel said that Russia is a serious threat to the EU.

The relationship between Russia and the EU became frosty after the poisoning of the Russian opposition icon Alexei Navalny who is currently being detained in a penal colony.

The opposition and his supporters accused Kremlin of poisoning him.

Since then, the EU imposed sanctions on Russia and many of the EU leaders have said that it would be difficult to build trust with the Russian government.