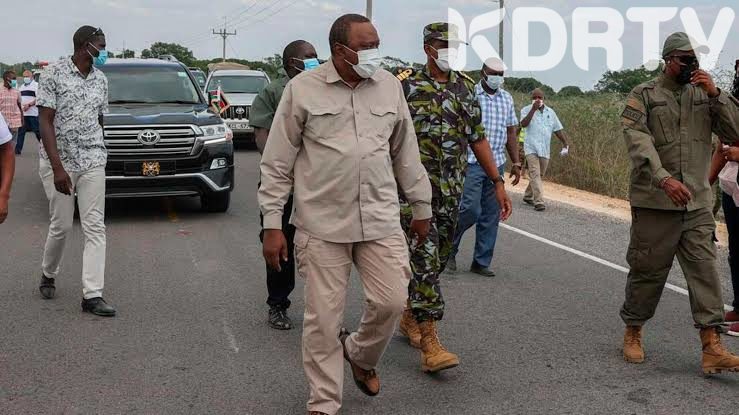 When it comes to politics and influence, presidents are highly shielded citizens, since they are heads of state. In addition, presidents require maximum protection in order to discharge their mandate and serve without fear. Below 7 African presidents have heavy security detail.

King Mswati III, who has been the King of Swaziland since 1986 is the most protected African head of state. His security entails high-speed motorcycles and heavily armed security officers.

The Kenyan president’s vehicle is an armored Mercedes Benz, and his convoy includes over ten high-speed police motorbikes and many high-speed costly cars. President Kenyatta travels with more than ten bodyguards every time he leaves the country. GSU’s elite Recce Squad and the G Company man his official residence the State House.

The South African president has a quite an impressive motorcade. When he travels on official business, his entourage includes an armored vehicle and heavily armed presidential guards.

Also Read: Top 10 most protected People in the world [PHOTOS]

He drives an armored range rover, which is one of Africa’s most expensive presidential cars. Each time he makes a public appearance; high-speed police motorcycles, armored Mercedes Benz, land cruisers, and a security officer surround his convoy.

The Nigerian President leads Africa’s most populous country, and his motorcade is one of the continent’s largest, consisting of many armored Mercedes Benz and police motorbikes. Every time President Buhari leaves the country, he is escorted by more than ten bodyguards.

King Mohammed who is believed to be the richest African head of state drives an armored Mercedes S500 or a Range Rover. . His convoy includes an ambulance and is always escorted by 20 motorcycles.

The Zimbabwe head of state travels in an armored limousine accompanied by five presidential security on motorbikes traveling at high speeds.

Also Read: List of 7 Cheapest Countries to Visit and Live in Africa