KDRTV News Washington DC- The Republican party has been shocked by the support Joe Biden is receiving from their base and President Donald Trump is a very worried man by this development.

The former  Governor of Ohio and 2016 ,Presidential hopeful John Kasich, has openly campaigned for Joe Biden and urged fellow Republican Party members to vote for him because he has the heart of Americans and believes that he can  bring hope and cohesiveness to the American people.

Governor John Kasich is leading the pack and yesterday a tweet by the wife of Republican Presidential nominee who ran against Obama, John McCain, shocked the Republican party and sent shockwaves across America when she declared her support for Joe Biden.

Cindy McCain in a tweet has elicited voluminous reactions with thousands of retweets. 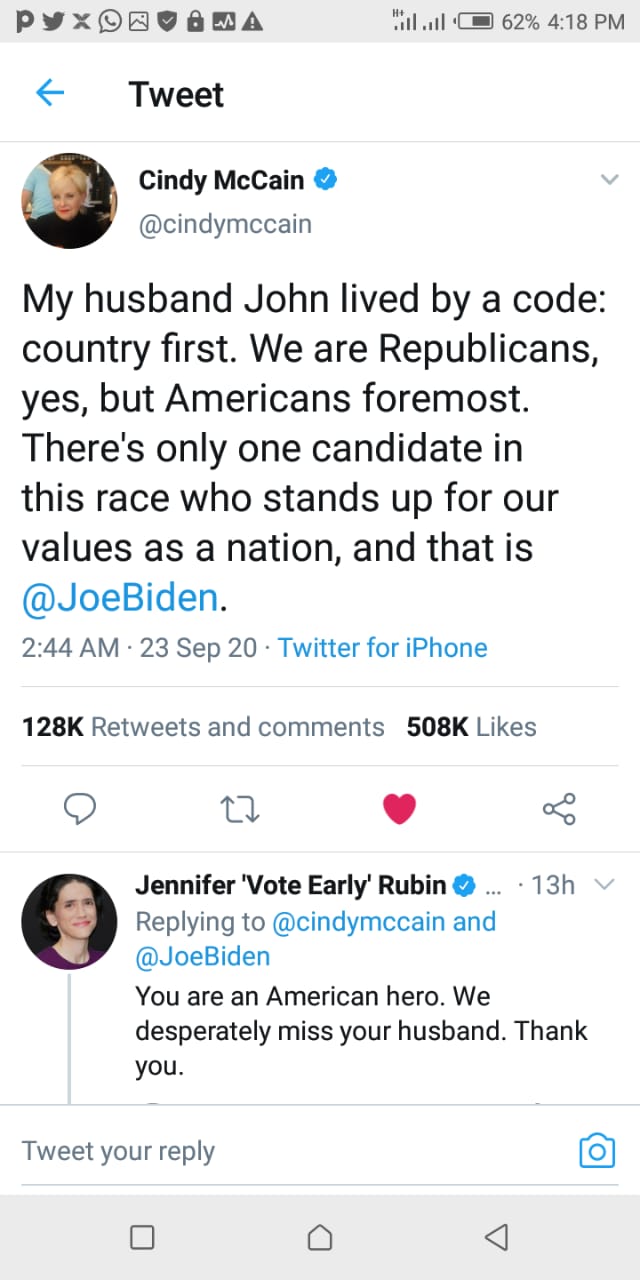