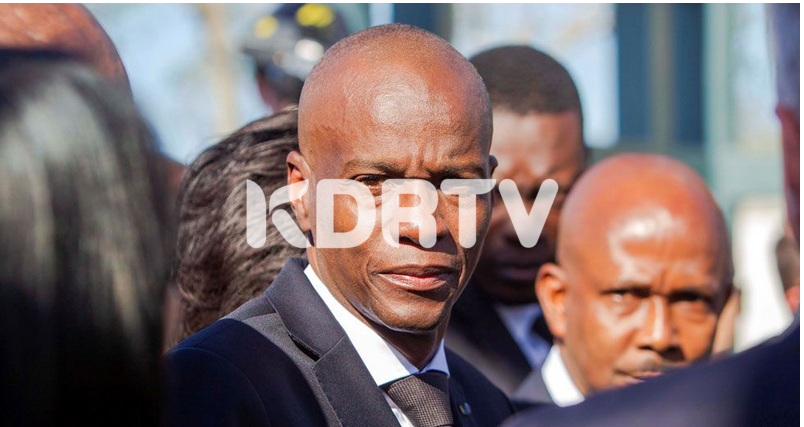 KDRTV NEWS: After Haiti President Jovenel Moise was assassinated on 7 July, here is what we know so far:

A group of gunmen broke into the president`s homestead in the capital Port-au-Prince at 01:00 local time on Wednesday.

The gunmen shot the President 12 times, and later Moise was found lying on his back while his shirt soaked in blood and left eye gouged out.

The first lady Martine Moise was also shot but survived and has since been airlifted to Florida in the US, and reports indicate that she is in a stable condition.

According to the video footage that has not been independently verified but is thought to have been taken by the assailants revealed armed men dressed in black arriving in white SUVs.

The gunmen could be heard shouting shouting “DEA operation, everybody stays down.”

However, Haiti’s ambassador to the US, Bocchit Edmond, said that he was convinced that the gunmen were not really US agents.

After shooting the President and his wife, the gunmen ransacked Moise’s office and took a checkbook in the couple`s names as well as the servers that held the surveillance camera footage from the residence.

KDRTV has also established that two security officers in charge of Mr. Moise’s safety are under investigation.

The police blocked the gunmen before they fled the crime scenes and engaged in a fierce battle. Three of the gunmen were killed, while three police officers who were taken hostage have been freed.

At the same time, 11 suspects who fled to the Taiwanese diplomatic compound had been arrested.

Two suspects who were hiding in a ravine were caught by civilians who joined the search.

According to the Haitian police, the suspects are 28 in total, and 17 have been apprehended, three killed, and 8 remain at large.

The police also said that 26 of the suspects are Colombians, and the other two are Haitian Americans.

The police have since paraded the suspects in front of a camera and believe that they are mercenaries that were paid to kill the President.

The report also indicates that Moise made many enemies while he was serving as President.

The police have said that their main focus now is to find the mastermind behind the assassination.