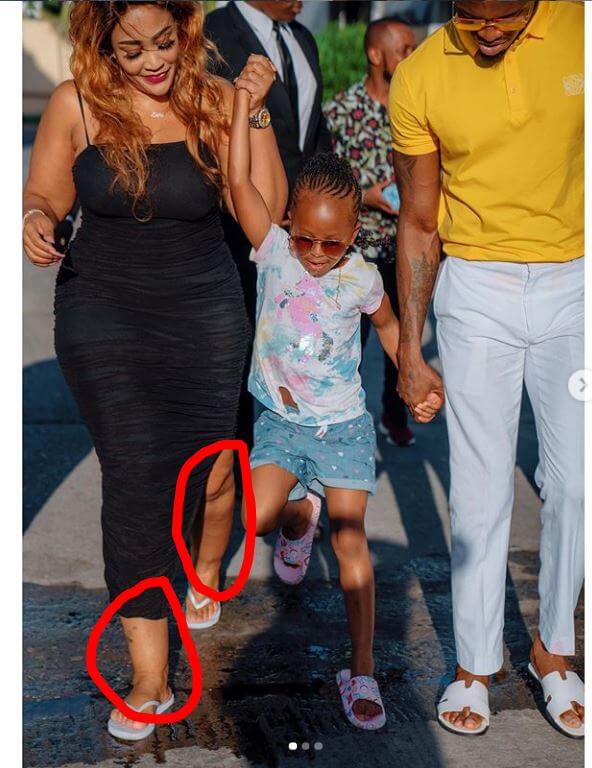 (KDRTV) – Zari Hassan is a Ugandan socialite and entrepreneur based in South Africa. She was married to the Late Uganda tycoon Ivan Don Ssemwanga from 2011 to 2013. The two separated due to alleged domestic violence but they were blessed with three handsome boys.

The 40-year-old beauty then hooked up with Tanzanian music sensation, Diamond Platinumz and they had one of the most followed relationships in East Africa. They have two children between them; Latifah Dangote and Prince Nillan.

After the untimely death of Ivan Ssemwanga, things seemed not to be going well with the two lovebirds. Zari went to South Africa to manage her ex-husband’s businesses. They fell out after the Jeje hitmaker impregnated another Tanzanian beauty, Hamisa Mobetto.

The WCB Wasafi Records boss then went ahead to hook up with Kenyan beauty Tanasha Donna Oketch and everyone thought it was a ‘happily ever after’ situation. But they broke up early this year and heartbroken Tanasha is back in Kenya.

For the sake of their two children, Zari is currently in Tanzania with Latifah and Nillan who have not seen their father for two good years. They are putting up in his multimillion mansion. The ‘Simba family’ is finally reunited but Zari insists that it is purely for the kids and that they are not romantically involved.

As they were out and about today inspecting Diamond’s businesses, photos were taken. The WCB Wasafi team posted some photos on their official Instagram page, @wcb_wasafi.

One of the photos caught the attention of netizens who zoomed and noticed that Zari’s legs were way too big. Have a look at the photo below and the zoomed version; 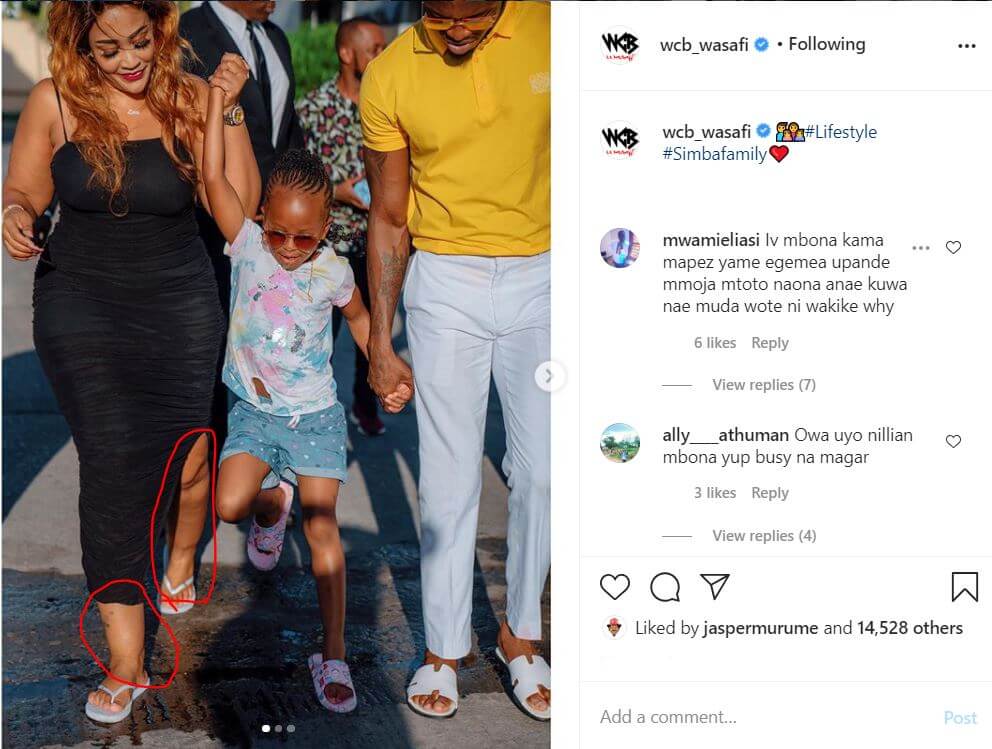 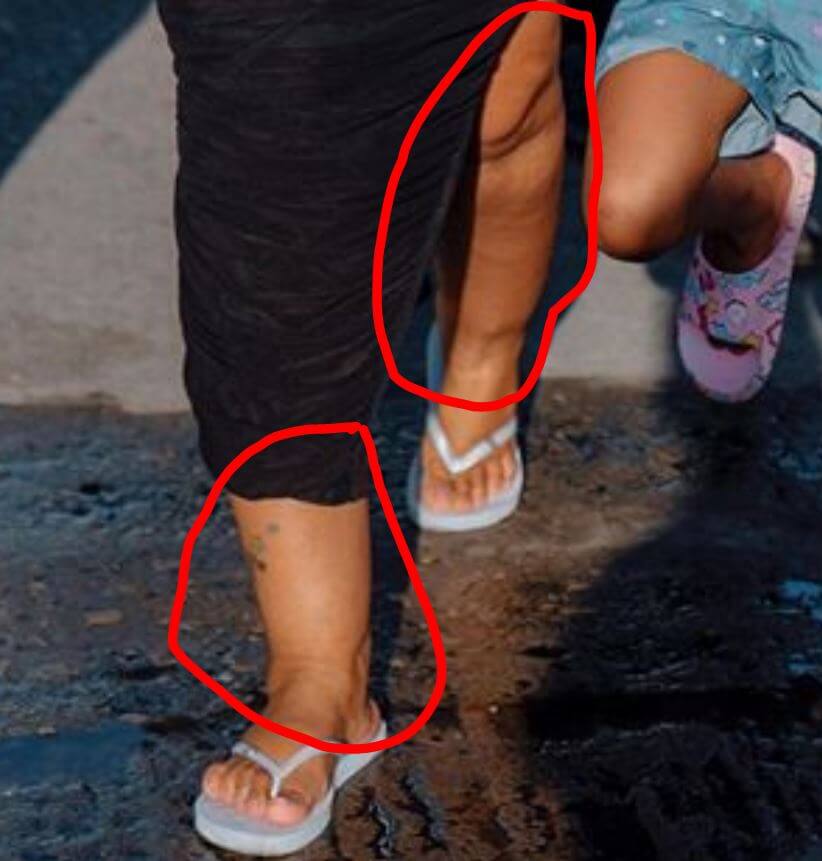 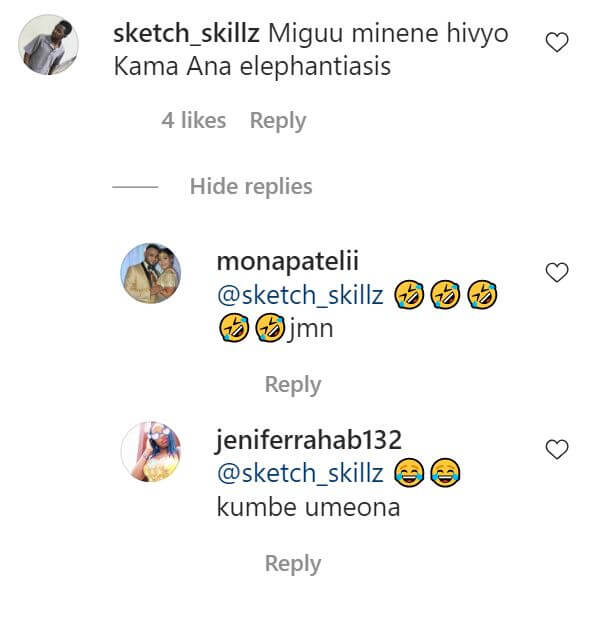 What do you have to say about the photo of Zari?