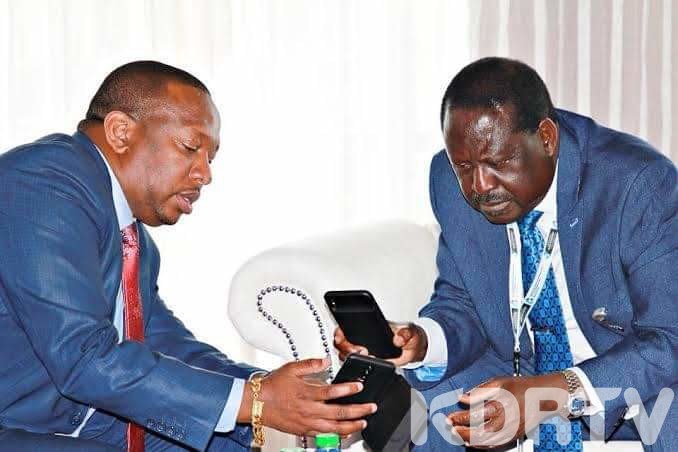 In a statement issued by ODM’s Nairobi branch chairman George Aladwa,Members of  Nairobi County Assembly were advised to avoid the impeachment process of the governor. Through a letter seen by KDRTV , the Makadara lawmaker further advised the City’s MCAs not to vote or sign any proposal until they are advised by the party’s top leadership.

“I have been directed by the party leader Raila Odinga to advise the honourable members that the party is not supporting the move.As such, you are hereby directed not to vote and/or append your signatures on any proposed impeachment unless advised otherwise,” read part of Aladwa’s statement.

Few hours later, another statement emerged from the Orange house signed by the party’s Secretary General  Edwin Sifuna. The letter distanced party leader Raila Odinga and the entire party from the initial statement and instructed the MCAs to ignore Aladwa’s directive and gave them the freedom to perform their task independently.

“We wish to make it clear that the party and the party leader do not and will not interfere with the power granted by the people to the members of the county assembly in the exercise of any of their functions including oversight of the executive.We further remind all our members and especially our grassroots officials that official communication on any matter is the responsibility of the secretary-general,” Edwin Sifuna’s letter stated.

The two statements have elicited mixed reactions from ODM party members in the City as they have been left wondering which route to take.

The statements come at a time when the impeachment process of Nairobi County governor Mike Mbuvi Sonko has gained momentum and left the City Hall offices shaking in fear of losing its leader. Information from Nairobi County Assembly reports that there is a scheme to remove the embattled governor from office by some of the MCAs from both the Jubilee and ODM parties.Sonko who is facing various graft charges has been operating outside his office after he was denied access by the court so as to allow for more investigations.