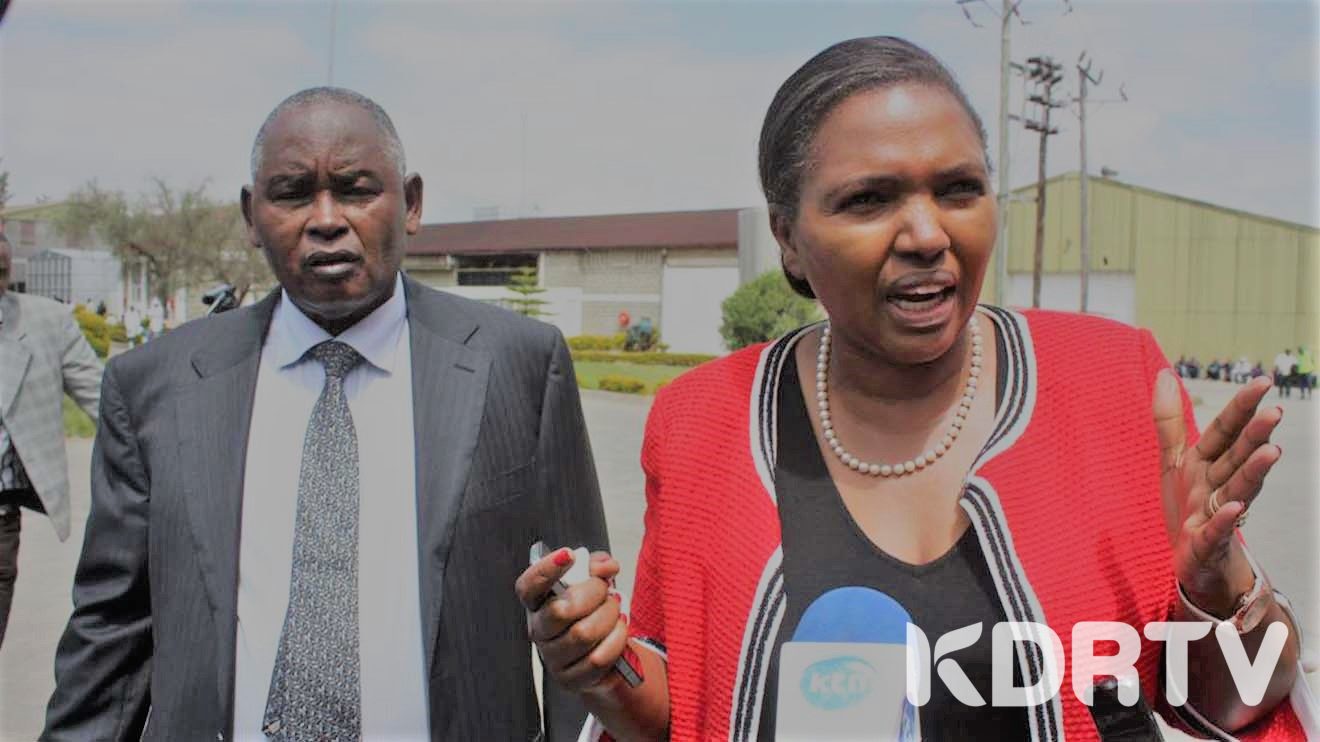 The owners of Keroche Breweries are under fire after the DPP Noording Haji ordered their arrest and arraignment for evading tax.

Joseph Karanja and Tabitha Karanja were allegedly liable for tax evasion amounting to Ksh. 14.45 Billion since 2015.

The DPP also said that the evidence collected revealed that the directors of the company were liable for 10 accounts of tax fraud.

“The KRA General Chairman submitted an inquiry into the payment of tax in the company to my desk which later revealed Keroche Breweries had evaded tax amounting in billions of shillings,” read the statement from the DPP.

The taxes evaded have accumulated since 2015 including stamps and duties, types of products manufacture by the company and other products generated from it.

According to the DPP, the evidence collected was very sufficient to get the power couple arraigned and charged in accordance to the Tax Procedures Act of 2015.

Keroche Breweries has been em-battling cases with the tax collectors for over a decade, with some of the suits already pending in court.

For instance, in 2007 the company won a case against KRA where the judge ruled that the taxman had abused his powers and went overboard on making atrocious demands.

That was a relief but only short lived as the DPP has decided to go after the Company and its owners in full force.

The couples daughter who is the Keroche Heiress Arnelisa Muigai is known to live a flamboyant lifestyle, accessing the best cars, living in the best hotels and majorly for her controversial weight loss program.

The ODPP ordering arrests of Tabitha Karanja and Joseph Karanja of Keroche breweries over tax evasion makes me doubt what work KRA do.

Today one is tax complaint tomorrow you say he has not been. The same is happening to @SportPesa .

I hope competitors are not behind this pic.twitter.com/ZcC303MVwf

This incident comes days after Billionaire Humphrey Kariuki was being sort after by the DCI Detectives and a warrant of arrest issued against him on tax evasion amounting to Ksh. 41 Billion.

The Billionaire businessman who had been rumored to be out of the country and into hiding however presented himself in court where he was arraigned, charged and freed on a Ksh. 11 Million bail.

He was however rearrested moments after his release by the Flying Squad detectives and asked to present his passport and travel documents with the court as he was flight risk.

The tycoon was arrested with three other accomplices with a total of 21 accounts of tax evasion.

The new war on corruption, graft and tax evasion has been intensified, not sparing anyone despite their social stature.

This is by far progress as majority of middle class people in Kenya are being taxed on every little thing they own yet the wealthy billionaires are enjoying a tax free society.

At this rate, nobody is safe and the DPP is appraised for the progress so far, although not yet complete.