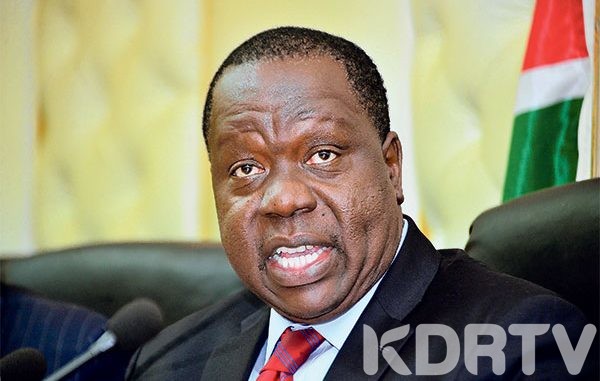 Interior Cabinet Secretary Dr Fred Matiang’i has confirmed that Thursday, October 10 will be a Public Holiday to celebrate Moi Day

This follows a ruling by High Court Judge George Odunga in November 2017 who reinstated the day as Moi Day.

Judge Odunga said the nullification of the holiday was a contravention of the Public Holidays Act.

Last year, Matiang’i declared that October 10 would be a national holiday in line with the 2017 ruling.

He, however, said that the government could not give directions on how the holiday will be celebrated because it is not among the national holidays recognised in the constitution.

“The framers of our Constitution wisely stated in Article 9(3) that we shall celebrate our National heroes in one day – namely Mashujaa Day – which is set for 20th October each year.  By that decision they renamed Kenyatta Day, Mashujaa Day and invited the country to recognise our other heroes alongside the Founding Father of our Nation, on that day.

“…owing to the elaborate celebrations lined up for all our heroes on Mashujaa Day (20th of October), I make no pronouncement on the manner in which 10th of October shall be celebrated’” said Matiang’i.

This year’s Mashujaa Day Celebrations will be held at Mama Nginga Drive in Mombasa County. Preparations for the event have been hampered by a tragic accident that happened at the Likoni Channel, where a woman and her baby veered off the ferry into the Indian Ocean.

Their bodies have not been found more than eight days since the accident. Women Leaders have threatened to boycott Mashujaa Day if the bodies are not recovered soon.