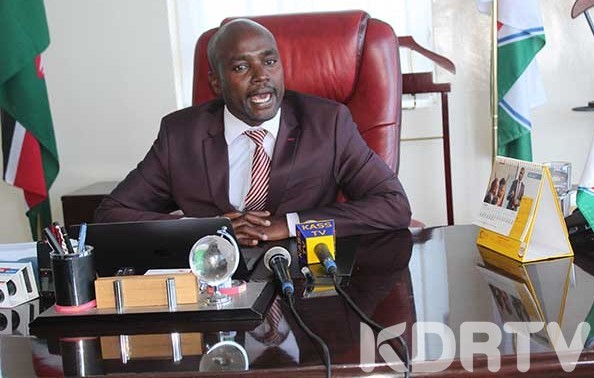 The new Bomet Governor Hillary Barchok has sprung into action by trimming the County Cabinet within a month in office.

A week ago, six CECs were fired by the Assembly on matters regarding poor performance and not meeting the necessary requirements.

Therefore, action left the county with only four CECs capable and qualified to transact business on behalf of the county.

The Governor Dr. Barchok therefore in a bid to cure the quorum hitch, reduced the number from 10 to 7, something that has not been taken lightly by majority of the leaders in Bomet region as they termed the merging of the departments an illegal action.

Through their lawyer peter Wanyama, the CECs wanted the move revoked and their positions retained as initially.

“The reorganization of government by the Governor is illegal and unconstitutional. It did not involve any public participation hence invalid. It is unfair to the CECs and we are working to ensure it is reversed,” said Wanyama.

However the process was stopped by a Labor Court in Nairobi led by Judge Bryam Ongaya barred the Governor from firing the petitioners and removing them from office.

The court also barred Governor Barchok from appointing any other people for the said positions with explanations that he was interfering with contract, terms and benefits.

The new move by Dr. Barchock amalgamated the Lands and Housing department with Urban Management and Water Environment. Ideally, the Education docket has been merged with Social Services and Sports.

Governor Barchok has been in office for barely a month after the former Governor Joyce Laboso succumbed to Cancer.

In accordance to the constitution, gubernatorial position is handed over to the Deputy Governor in case of demise of the existing one.

Barchok thus resumed office immediately and with different forces opposing him, it is hard to implement and put certain things into place.

He is the county Boss and has all the powers to nominate, appoint, implement and make any changes regarding he county.

Therefore, although the courts have been involved in the case battle of the CECs against the Governor, there is little that can be done to make him change or submit to their orders.

“We do not have a quorum as we need more than six members to be able to sit. The vacant positions need to be filled and we will communicate the way forward after we are consultations with the assembly leadership,” said Governor Barchok.