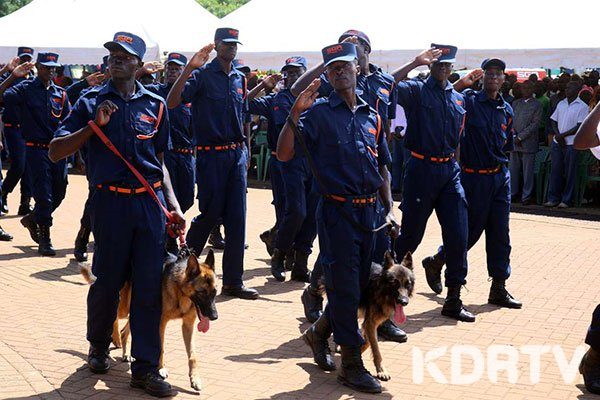 Private security guards in Kenya will now start carrying guns and making arrests following the new gazetted regulations giving them more powers. The new law will  see the local security guards take up some of the duties that were previously only done by the police.

The regulations that were gazetted on Friday July 12 by Interior Affairs Cabinet Secretary Fred Matiang’i, will also see the security guards take up  jobs such as quelling riots and getting involved in security work during elections.

READ ALSO: Clash over Food Leads to a Bitten lip and Missing Ear.

According to the gazette notice, the private guards will enjoy these privileges under the guidance of the Inspector General of Police (IG). Private security firms will, however, have to comply with strict rules and guidelines as spelt out in the Private Security Regulation Act 2016.

To begin with, all private security firms that employ the guards must be freshly registered with PSRA within the first six months.

After that, PSRA will ensure that the guards undergo vetting which shall prescribe a standard curriculum and assessment standards for private security training to be undertaken at every training institution and ensure the guards put on uniforms that do not resemble those worn by State security personnel.