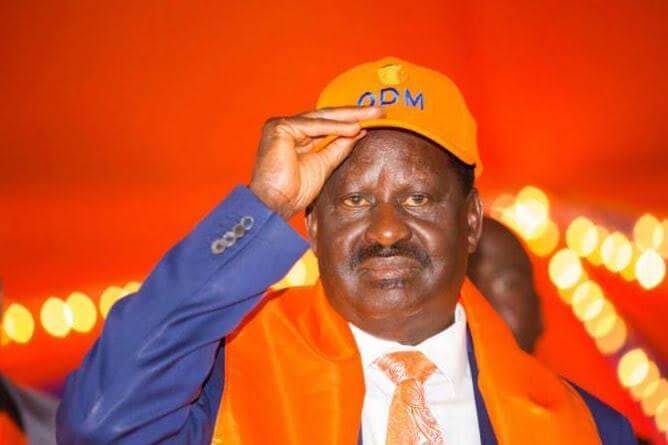 ODM has advertised for members to declare their interest in flying the ticket to the National Elections Board. This is, part of major plans, to prepare the party ahead of next year’s elections.

To my brothers who wait for Baba at funerals and harangue him through choreographed stooges demanding his support in 2022.

If you know you cannot win without Baba's support this is your chance. Come into his house, pick forms, apply, sit and WAIT. Or forever hold your peace. pic.twitter.com/XxxvSpjq6c

This has been interpreted as an extortion scheme from the party, with many people claiming that ODM leader Raila Odinga will be the de facto presidential candidate.

ODM asking Kenyans interested in being their 2022 presidential candidate to send application is the greatest con-game in the history of that party. They're simply asking you to do this 👇👇👇 pic.twitter.com/txnBryMhDb

Raila has been cagey on questions about 2022 elections. However, his recent moves, point at a man planning to run for Presidency for the 5th time.

Sources within the party have intimated to KDRTV that Deputy party leaders Wycliffe Oparanya and Hassan Joho may battle Raila for the party ticket.

Candidates have approximately one month (until February 26) to submit their credentials to the Party for consideration.

It is not clear whether ODM will hold a referendum or which method they will use to settle on their candidate to face DP William Ruto and others in the race for State House.