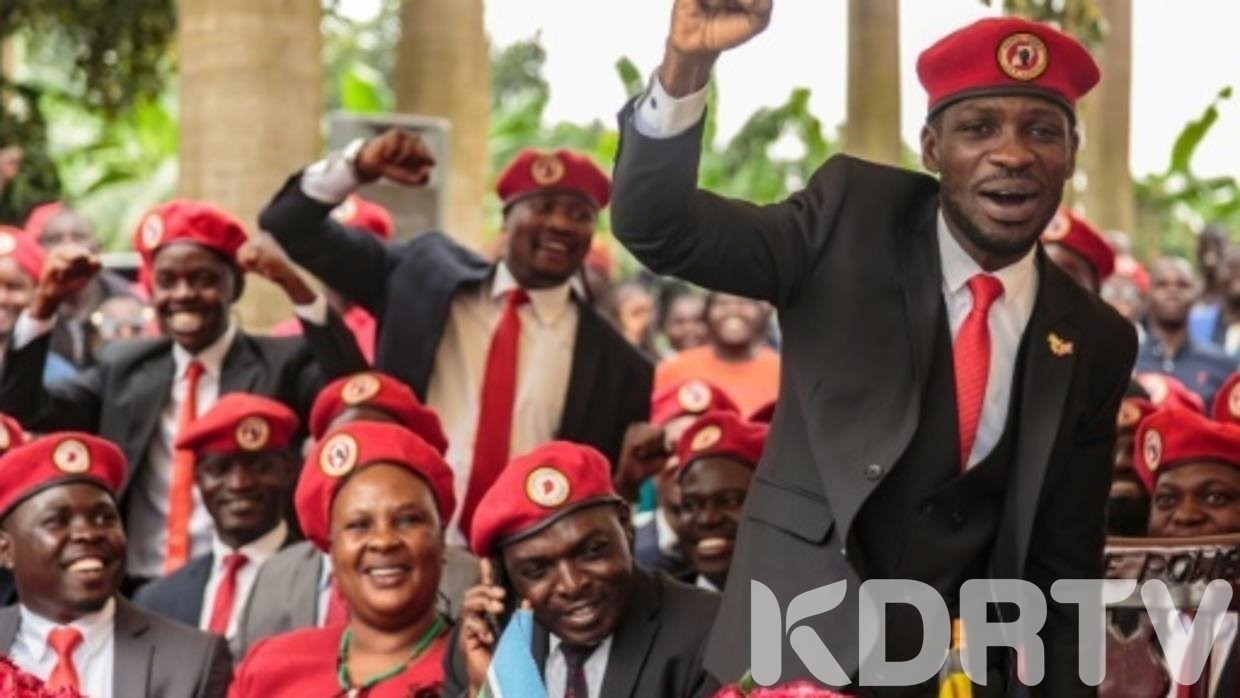 Speaking through twitter, the defiant politician alerted his fans that his house had been surrounded by huge military men, therefore limiting his movement and sentencing him to house arrest.

“Since 11:00pm, police & military surrounded my home & my private property, One Love Beach Busabala, in yet another move to place me under house arrest & block our Independence Day music concert. 156th concert so far! For singing truth to power, I can’t perform in my own country, ” he wrote.

Since 11:00pm, police & military surrounded my home & my private property, One Love Beach Busabala, in yet another move to place me under house arrest & block our Independence Day music concert. 156th concert so far! For singing truth to power, I can't perform in my own country. pic.twitter.com/29zSdI6ruZ

The vocal opposition law maker who intents to save Ugandans from a three year tenure by Yoweri useveni also shared pictures of police militia patrolling the area and protruding to his private premises.

According to Wine, the current Ugandan President Yoweri Museveni had sabotaged his political ambitions by deploying the security officers to silence him in fear of powerful influence.

Wine added that the President had also enrolled himself as a musician just to counter his political activities.

“Gen. Museveni, so afraid of a critical microphone is doing everything to silence it. He recently registered himself as a musician in another desperate attempt to counter us. Has been attending concerts of his praise singers. All we say, let there be fairness! This is our country, ” said Wine.

Bobi Wine had planned an independent musical day concert to address the challenges facing common Ugandans and devise ways to resolve them. The concert was however cancelled under unclear circumstances with the Police Inspector General Martin Okoth ochola citing failure to adhere to certain policies.

Ochola said that the politician did not uphold the considerable  measures of medical care, traffic control and crowd control or security.

“This serves to inform you that the notice to the Inspector General of Police has remarkable deficiencies, which do not guarantee lawfulness, safety, security for the public and organizers,”stated the letter addressing the cancellation.

Bobi Wine has recently been representing the grievances of Ugandans hence finding himself in controversial situations where he was arrested, released and rearrested again.