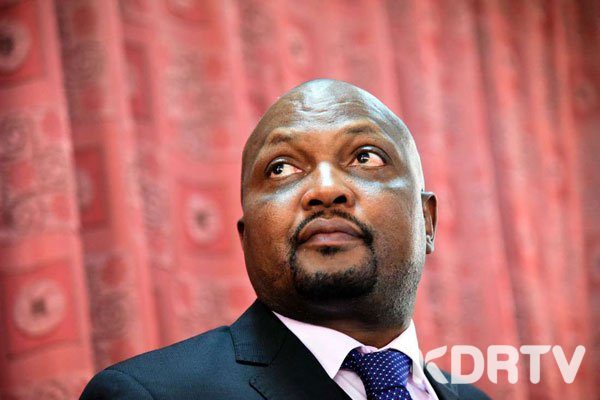 Gatundu South MP Moses Kuria has no case to answer in a case in which he is said to have uttered inciting utterances against ODM leader Raila Odinga and his wife Ida Odinga, a Milimani Court has ruled.

Delivering the ruling, Chief magistrate Francis Andayi dismissed the hate speech charges against the legislator noting that the prosecution could not authenticate the evidential video clip.

Mr Andayi also said that the prosecution could not get a translator to give the real meaning of the Kikuyu words uttered by Kuria.

Read: Ruto Tells Off Uhuru for the first time, over 2022 Politics

“The video was purely in Kikuyu and the prosecution failed to avail a Kikuyu translator,” Andayi said.

The charges against the lawmaker who is poised to vie for the presidency in 2022 state that on September 5, 2017, at Wangige market in Kiambu county, he used abusive words that were intended to cause physical injury to a person.

The legislator was arrested on September 11, 2017, after police completed the investigation but was later relaesed on a Sh300,000 bail which the court ordered be returned to him.

Read Also: Thief Tenders Apology after Finding No Cash in a Church

Kuria is said to have shared the remarks on his Facebook page. He said, “Kiambu has spoken. They have said Wembe ni ule ule. Wangige and Kiambu people are seething with anger. One million of their votes were cancelled by four people,” read the post.

He has in the past been acquitted thrice of the same charges.