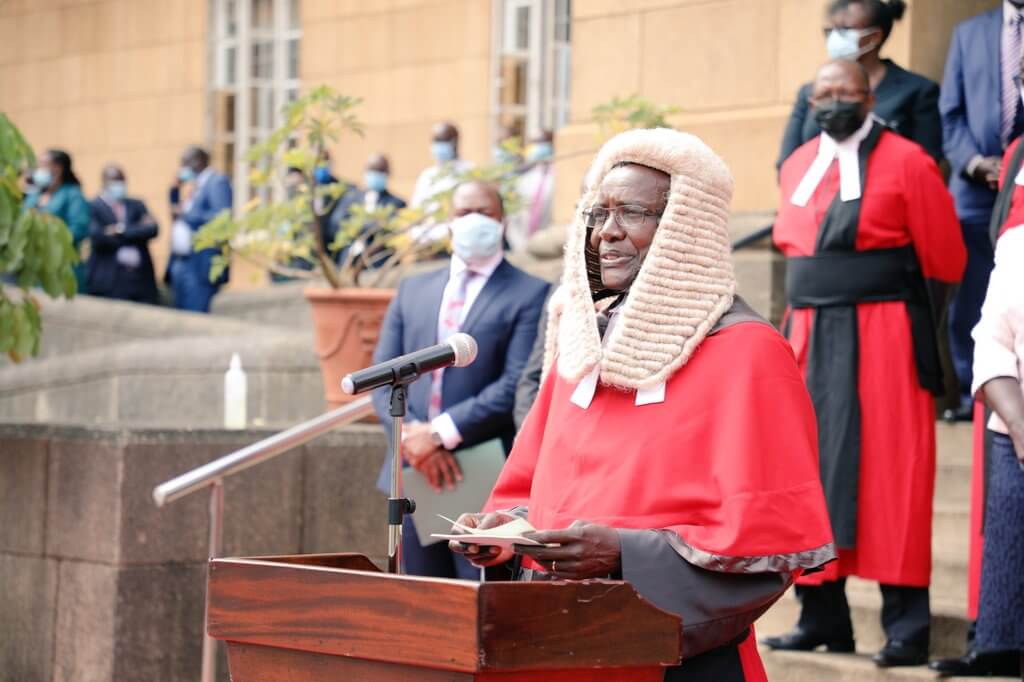 (KDRTV) – Outgoing Chief Justice David Maraga has said that President Uhuru Kenyatta should be impeached for failing to appoint 41 judges.

The Judicial Service Commission forwarded the names of 41 Judges who were to serve in different jurisdictions in the Court of Appeal, Environment and Lands Court, and the Employment and Labour Relations Court.

However, President Uhuru Kenyatta declined to swear-in the judges claiming that some of them had questionable characters. He said he had intel from the National Intelligence Service (NIS).

Maraga maintained that the president has no mandate to reject some of the nominees.

Furthermore, the CJ questioned Uhuru’s motive, saying some of the nominees are already serving judges.

Maraga now wants Parliament to impeach Uhuru for violating the constitution he swore to protect.

David Maraga: Kenyans should direct their questions to Parliament- Why have they let the President flout the constitution? #Tonight@YvonneOkwara pic.twitter.com/Wt656v7rK1

He further claimed that his confrontations with the executive could have emanated over the nullification of the 2017 elections.

He pointed out that the Judiciary budget was cut after the landmark ruling.

The CJ, who officially retired this week after attaining the age of 70, asked his successor to ensure everyone respects the law.