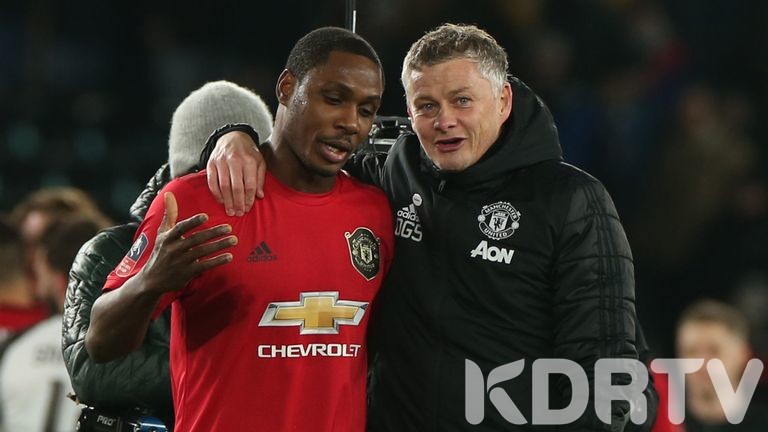 Man U boss with Odion Ighalo

“I don’t care what anyone says. We want to keep the momentum going and make sure we do great this season.”

Ighalo made a start and got a chance to play against Manchester`s all-time top scorer Wayne Rooney at Pride Park.