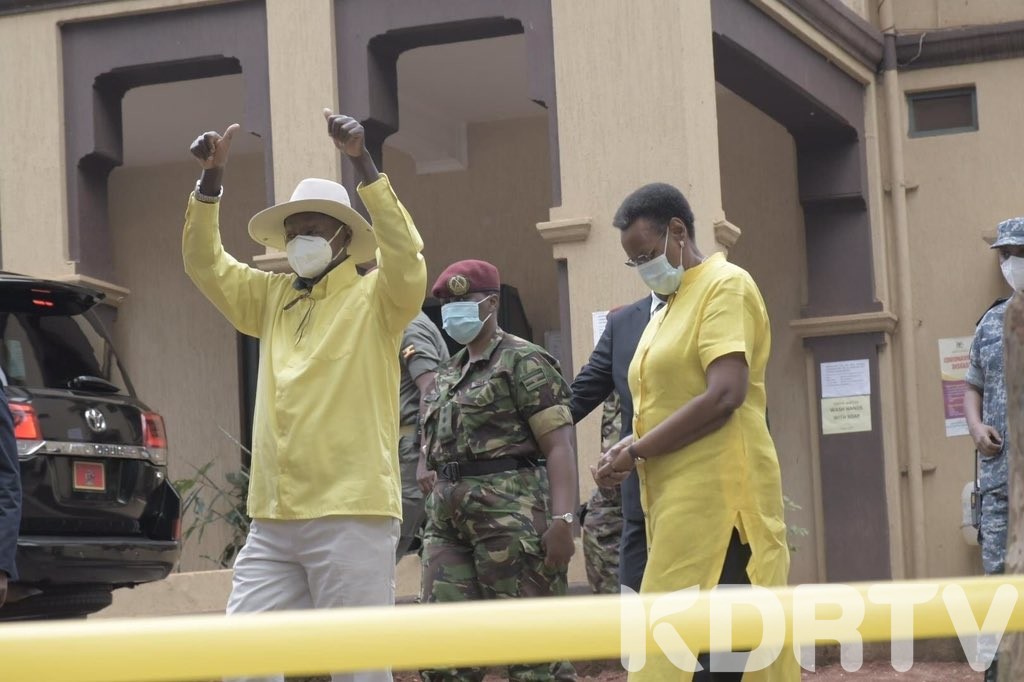 (KDRTV) – Uganda President Yoweri Museveni has been nominated unopposed to be the NRM Party’s Presidential Candidate in the 2021 Elections.

Museveni received his nomination certificate from the party headquarters on Monday. He was also nominated as the NRM Chairman.

The Chairperson @NRMOnline EC Dr Tanga Odoi has handed over the candidate @KagutaMuseveni to the NRM Secretariat for management as the duly nominated party flag bearer for the Presidential Elections. #MuseveniNomination#NRMCECElections #NRMNominations pic.twitter.com/SAwQYl9Ufw

The nomination was not supposed to be big news as Museveni was unopposed. Nobody would dare oppose the President in his own party. In fact, very few have opposed his candidature in the national elections. Museveni runs against Kaguta in every election. It is an election held by Museveni for Museveni and in favour of Museveni.

The President, who will be 76 in September, has ruled Uganda for more than 34 years since 1986

I thank the @NRMOnline party that has this morning nominated me as its national chairman and presidential flag-bearer for the 2021 elections. In due course, we shall unveil our detailed plan and message/manifesto. I thank you. pic.twitter.com/hGY1S1DvsI

2021 Elections will be tall order for the President, at least on paper. The opposition led by Kyadondo MP Bobi Wine and FDC’s Kiiza Besigye is working on modalities to field one candidate to take on Museveni. The opposition has a real chance if it sticks together in 2022.

However, it seems that the President will again use the same unorthodox means he has been using in previous elections.

Last month, the government banned all mass political rallies. The Electoral Commission said the move had been informed by the Ministry of Health’s guidelines on containing the COVID-19 pandemic. The opposition has read mischief in the move.

Since joining politics in 2017, Bobi Wine has been arrested on more than four occasions. Besigye holds the unofficial record of being the most arrested man in the world. We expect the trend of arrests to continue in the coming months.