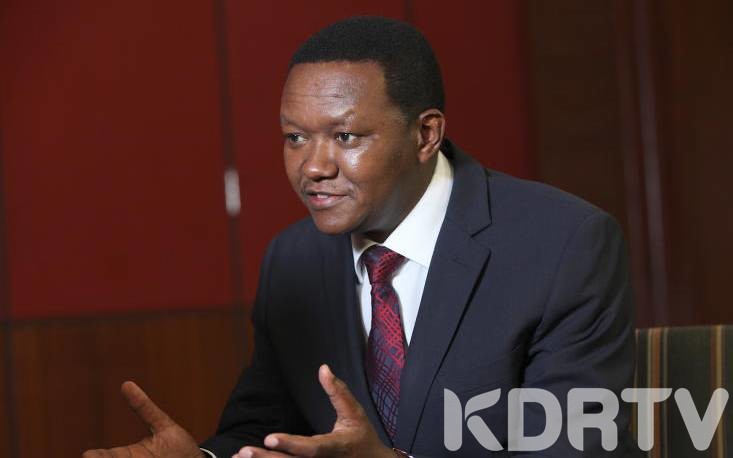 Machakos Governor Alfred Mutua has urged the Clergy to preach what they drink, saying prayers alone were not enough to stop graft  if they continued to accept looted money.

According to Mutua, the clergy have been on the forefront preaching against corruption and castigating those involved in the act yet they were the first people to receive the looted funds in form of fundraisers.

Speaking yesterday in response to clergy’s decision to withdraw huge fundraising in catholic churches, he asked the clergy to do ore in aiding the country fight corruption as they are considered among the pillars of a nation.

“It is hypocritical to call for prayers against corruption whereas some priests and pastors are receiving questionable money from politicians. We have invited corruption to our altars and pulpits. God is surely not pleased, stated Mutua in a statement seen by Standard Digital.

The ban on fundraiser in churches follows the events of late last moth where Embu Catholic Bishop Paul Kariuki endorsed Wiliam Ruto ahead of 2022 elections at the same time picking sides instead of being the voice of reason.

“These people are always finding faults in everything that the DP Ruto does and they forget the many developments he has initiated. A fly’s work is to look for dirt, yet a bee is always busy building. They are like the houseflies that are bothered by the handiwork of the bee,” said Bishop Kariuki.

This move irked majority of people especially Christians who believe the altar or church should not be used for political mileage and affiliations.

READ ALSO:We Will Not Be Used As Political Platforms, Catholic Bishops Declare As They Ban Cash Donations

The Maendeleo Chap Chap leadre also asked the church to take up the role of civil education through sensitizing the public of good leadership and advising them to vote for good leaders so as to meet their demand s and agendas.

“Imagine if a priest or pastor told a corrupt politician, Thanks but we will not accept your contribution. When voters vote in known thieves with no development track record, they are choosing suffering and continuation of poverty. No amount of prayer afterward can help,” said Mutua.