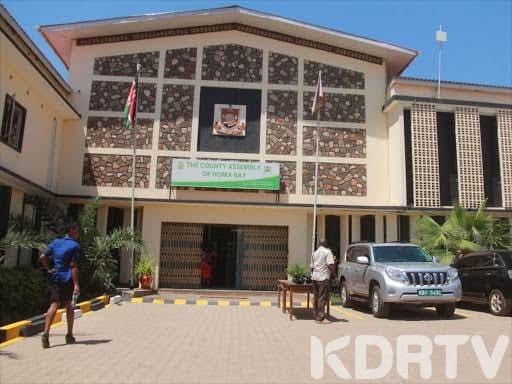 (KDRTV)-Members of Homa Bay County Assembly have voted to remove the speaker as well as the majority leader on Tuesday.

Immediately after the election, Godfrey Anyango was sworn in as the new speaker and immediately resumed duty.

On the other side, Ongoro also resumed his new duty immediately

However, Mariabe and Muok told the press that they support that decision by the assembly to ensure peace

A motion tendered by Maurice Ogwang’ plowed multiple devastations of the constitution, leadership and integrity act 2012, abuse of office, gross misconduct among others.