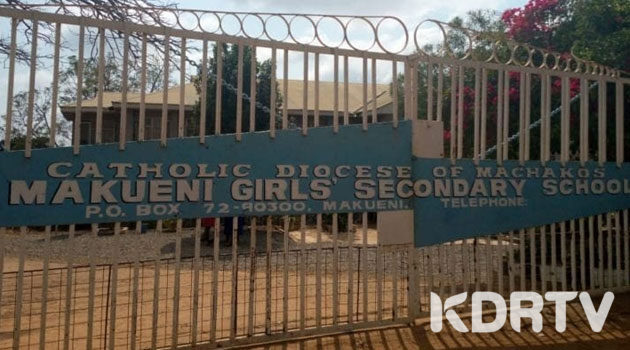 Three form two students in Makueni Girls’ School found themselves in hot soup after their evil plan to poison their classmate over boyfriend was uncovered.

It is alleged that the two girls aged 15 years had ratified a plan to poison a classmate with chemicals stolen from the laboratory over a squabble that was unsolved.

The boyfriend allegedly fought over schooled in the neighboring boy school, Makueni Boys and is believed to have been snatched away.

The story details the main suspect who recruited her two friends to help in executing the plan and serve as a lesson to the victim.

Hell broke loose after the trio argued and one decided to snitch on the whole plan before it was put into action.

Evidence revealed that they had already stolen Hydrochloric acid which was to be put on the victim’s plate and kill her instantly.

The prefects after uncovering the details of the horrific plan, reported to the teachers who involved the authorities leading to the arrest of the trio.

Schools have recently changed from learning institutions to a place of gymnastics and shenanigans.

Gone are the days when schools were focused with one goal, to get education and prosper in different aspects of life.

There has been a worrying trend in schools where undisciplined students crop up, revive illegal activities and go unpunished.

Schools have been burnt due to small misunderstandings such as permission to watch football or copy examinations.

This is wrong and more should be done to put students in their exact place and restore the sanity in schools as well as safety.

Killing a classmate over wrangles regarding boyfriends should not be condoned in schools leave alone being executed.

Schools are for learning and imparting knowledge, not looking for boyfriends nor planning stupid executions regarding the same.