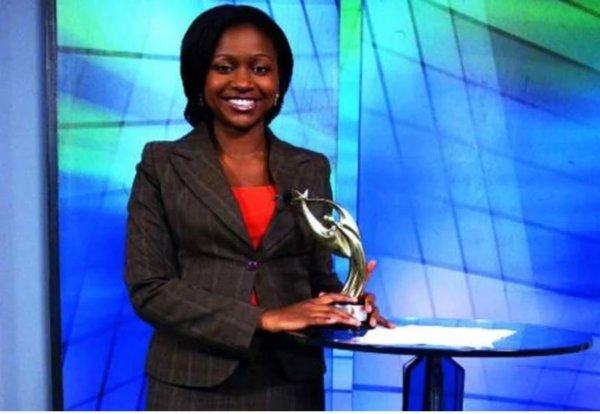 (KDRTV) – Former TV girl Esther Arunga Timberlake has successfully served her 10-month parole time in Australia. The beautiful lady was sentenced last year over her son’s murder but she was immediately freed on parole. She had pleaded guilty to lying on the unfortunate circumstances that led to her 3-year-old son’s untimely demise.

In her initial statement about what caused the death of her son, she had lied that the poor boy fell off a staircase. She later changed her statement to implicate her husband Quincy Timberlake. She confessed that she saw Quincy punching her son several times in the stomach, effectively causing his death. Her confession caused an uproar and a section of Kenyans really rebuked her for attempting to protect her son’s murderer.

Australian press had reported that Esther’s son Sinclair had died on June 18, 2014, under unclear circumstances but the autopsy report revealed that he died as a result of being hit by a blunt force such as punching or stumping. Esther had called emergency services on the fateful night and when the paramedics arrived, she lied to them that the boy had fallen off the stairs.

All in all, Esther is now begging for forgiveness from Kenyans. She says she has suffered enough. She now wants to come back home and start life afresh because she has learnt from her past mistakes. She took to her Twitter account to announce the good news and many Kenyans have congratulated her for the important step in her life.

Kenyans, forgive me. My parole is over & it's time to come back home. I have suffered enough. No one should ever be ashamed of starting afresh. To everyone who wronged me, i forgive you all. Kindly accept me back.

KTN TV anchor Aby Agina replied to Esther’s tweet and told her, “Welcome back, it takes one’s will. God is the ultimate judge, no one should judge you even after we get the whole story.”

Zakayo Muturi told her, “Welcome back home. We pray to a God of second chances. You have it.”