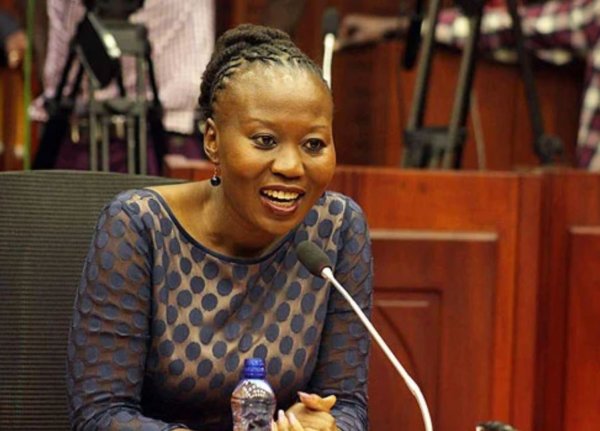 (KDRTV) – Former Independent Electoral and Boundaries Commission (IEBC) Commissioner Dr. Roselyn Akombe has come out to rebuke the man that is alleged to have hacked the servers and tampered with the ICT systems. Roselyn has been very vocal lately and she is determined to expose the alleged malpractices that were experienced at the electoral body where she was once a senior official.

The outspoken lady had to flee the country immediately after the election and sought refuge in the United States of America (USA). She then promised to reveal some sensitive details about the hotly contested elections that made the incumbent, Uhuru Kenyatta, president for a second time at the expense of the former Prime Minister, Raila Amollo Odinga.

It looks like she is now out to let the cats out of the bag since she knows where all the bodies are buried. Akombe did a tweet which she posted on the morning of Thursday 17th September 2020 where she told the government off for placing Dr. Karanja Kibicho as the man in charge of the Huduma Number services.

According to her, Dr. Kibicho is alleged to be the man who tampered with the 2017 voters’ register. She revealed how reliable sources alleged that Dr. Karanja Kibicho manipulated the Integrated Election Management System (KIEMS) kits and even used Wafula Chebukati’s password to make some irregular changes to the server hence modified Forms 34B.

A reminder that the man who allegedly tampered with the 2017 register of voters, manipulated the KIEMS and irregularly used the Chairman’s password to access the FTP Server & make changes to the F34Bs is at the helm of Huduma Kenya #hudumanumber https://t.co/49preWz3iv https://t.co/kSkL2tDyD4

The KIEMS system is the one that electronically identified voters through its automated poll book called the Electronic Voter Identification (EVID) system. The system was made up of a laptop that was attached to a fingerprint reader and a handheld device with an in-built fingerprint reader.

The motive of modifying a system that identified voters biometrically is obvious. It is the same system that was meant to curb impersonation during the voting exercise making sure that only those that were registered were allowed to vote.