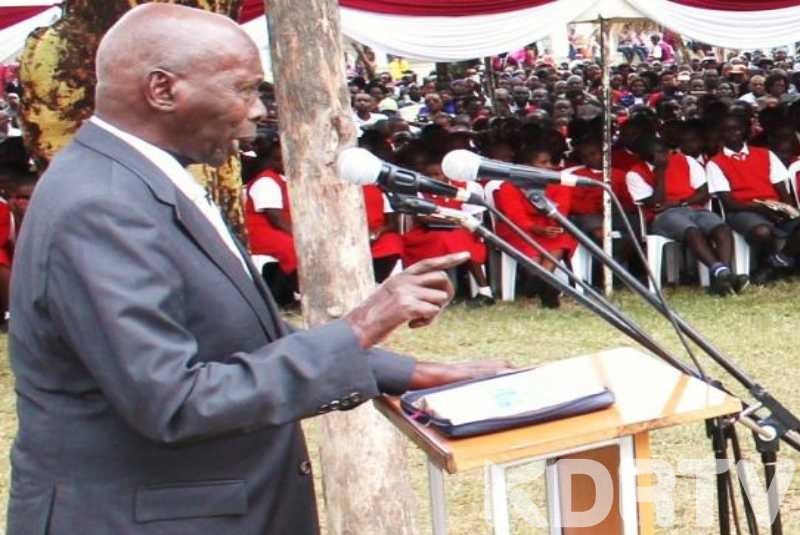 (KDRTV) – Kabarak University has announced that it will remain closed for two days to allow staff and students to mourn former President Daniel Arap Moi.

A memo from the institution’s Registrar of Finance Administrations Dr Simon Kipchumba announced that ‘the university will be closed on Tuesday in order to accord all staff and students the opportunity to attend the national memorial service in honour of the life of our Late Chancellor Daniel Arap Moi and also on Wednesday to attend his burial service.’

Mzee Moi, the founding Chancellor and owner of the institution, will be buried at his Kabarak home just a stone throw away from the university. The University is expected to host guests during the burial ceremony.

Our hero has rested pic.twitter.com/wcyIbD45oH

Interior CS Fred Matiang’i had already declared Tuesday a public holiday to allow all Kenyans to celebrate and attend the Memorial service of the longest-serving President.

President Uhuru Kenyatta will lead Kenyans for the State funeral at Nyayo Stadium on Tuesday.

Matiang’i has announced that the government will provide big screens in Nakuru’s Afraha Stadium, Kabarnet and Sacho to allow locals to follow the funeral proceedings.

Apart from the university, Moi also built a prestigious high school, a primary school, a church and a guest house at the Kabarak complex. Plans are underway to construct a multi-billion hospital.