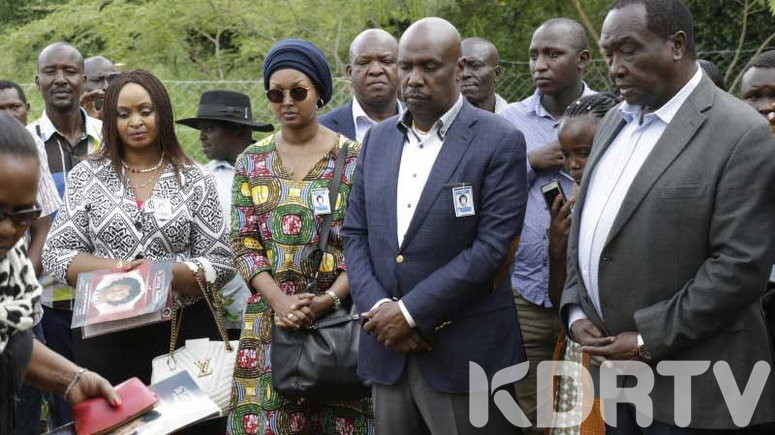 (KDRTV) – There was a brief moment of laughter during the funeral service for former President Daniel Arap Moi when his granddaughter stood up to eulogize him.

The gorgeous, yellow-yellow girl told mourners that she only knew her grandfather was only human.

‘One day my brother saw Guka (grandpa) sitting next to us and another  Guka speaking on TV and he said dad there are two Gukas,” she said.

She also quoted the legendary American televangelist most famous quotes:

“The Greatest legacy one can pass on to his children and grandchildren is not money or material things accumulated in one’s life but rather a legacy of character and faith,” she said.

It is not yet known whom of  Moi’s sons is the father to the girl but we guess it is Raymond Moi. Raymond was captured fidgeting in his seat as the young lady twanged.

In the burial program seen by KDRTV, Moi’s grandchildren Talissa Moi and Kimoi Moi were supposed to read the first Bible scripture. Was this Talissa?

Raymond had also cracked up mourners when he declined to reveal the number of Moi’s great-grandchildren.