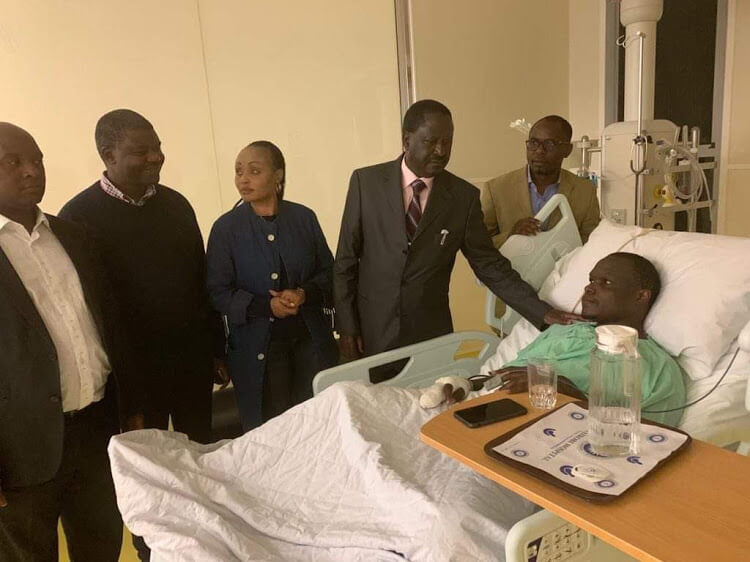 (KDRTV) – Former NASA CEO Norman Magaya has received a backlash on social media after opening up about his current financial predicaments.

In a series of tweets on Monday evening, Magaya said he has been unable to meet his medical bills which run to more than Ksh100k every month.

Magaya has been in and out of hospital since August 2017 when he collapsed at the Bomas of Kenya during the tallying of the presidential elections. He was airlifted to India for specialized treatment in September last year but it seems his condition did not improve.

I supported the NASA coalition in 2017, and I admired how hard Norman Magaya fought for the coalition.

I hope he finds the strength to overcome whatever tribulations he may be going through.

Things have been so hard for the lawyer that he is facing eviction from his house over rent arrears and his children are out of school.

Magaya said that efforts to get a job have proved futile as potential employers turn him away due to his political affiliations.

However, his tweets elicited sharp reactions especially from ODM supporters who accused him of painting Raila Odinga in bad light.

Blogger Robert Alai, who has recently charmed his way back to the Raila camp, claimed that Magaya is living beyond his means despite still drawing a salary from ODM coffers. Alai did not substantiate his claims.

Through the tweets, Norman Magaya alikuwa anatafuta tu entry to the dini ya othiwi (wheelbarrow denomination)

He was advertising financial desperation and taking a slight swipe at ODM to interest Ruto.

Ironically, this is the same Alai who accused Raila of using Magaya and dumping him in September last year. It is not clear what changed but we can assume the blogger is just a gun for hire and despite his massive influence on social media, he shouldn’t be taken seriously. 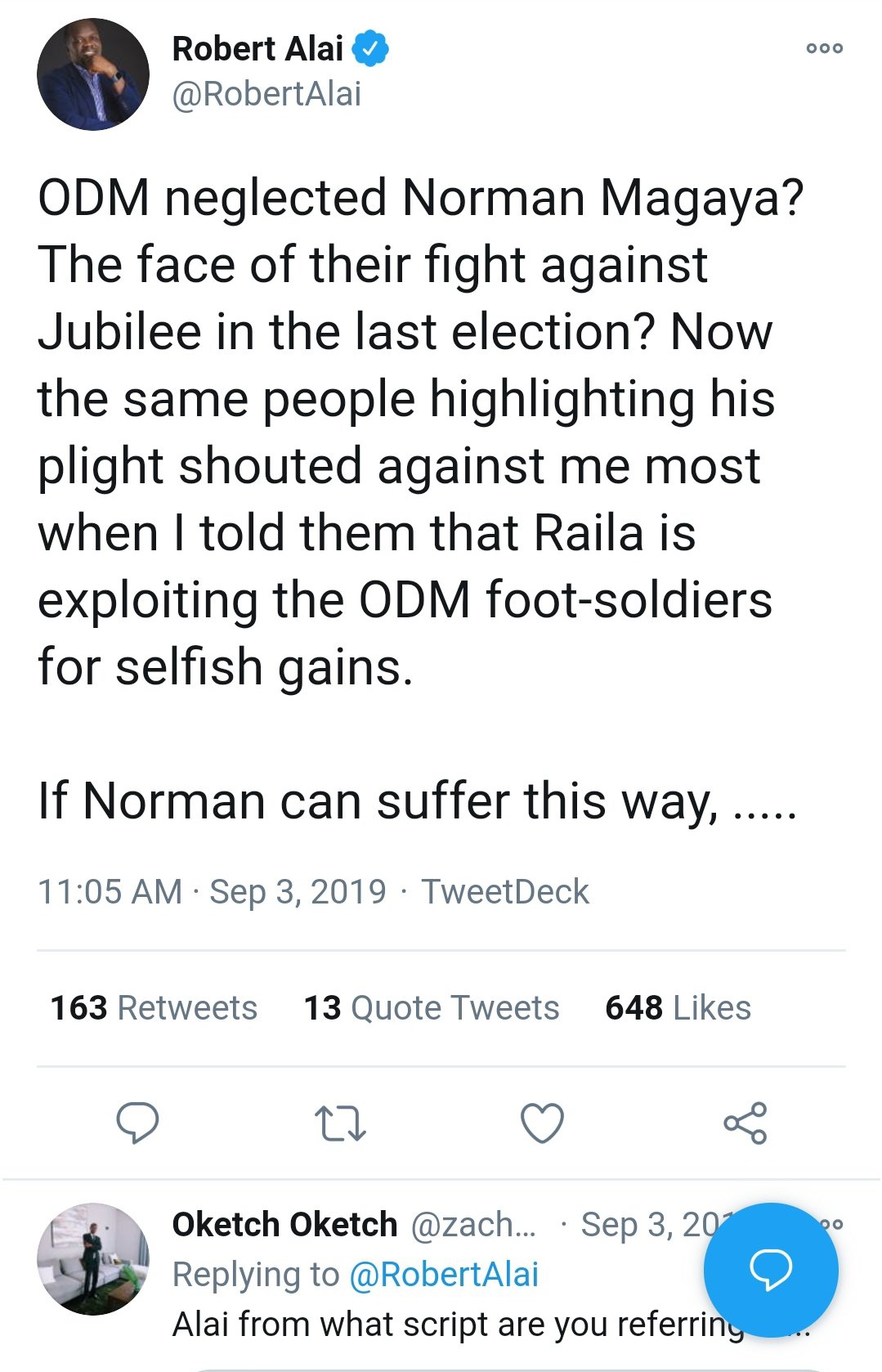 The big question we should be asking ourselves is who betrayed Norman Magaya? Is it ODM?

Read Also: How Ruto is Preparing His Supporters for Opposition

Last year, Magaya said that the NASA Coalition and ODM have been taking care of his medical bills. ODM also catered for his expenses during the India visit.

Raila Odinga personally visited Magaya in the hospital. We can’t lay all the blame on the party but it is important for ODM to distance itself from Alai’s views.