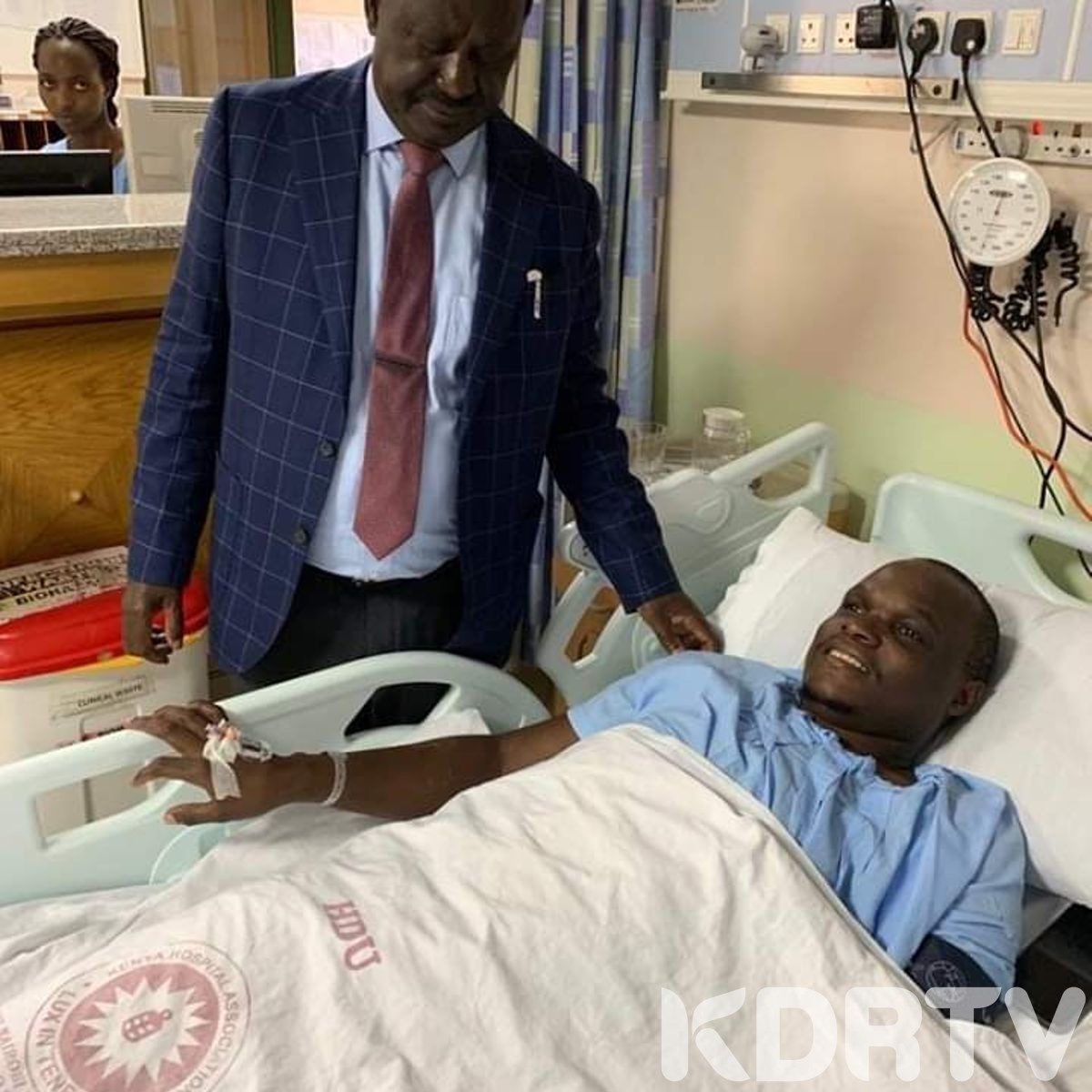 The lawyer, who has been sick since 2017, revealed that he cannot afford his medical bills, running beyond Ksh 100,000 monthly, because he jobless and on a shoe-string budget.

The cost of medication in Kenya is an indirect death sentence. How does a person out of work and on shoe lace budget maintain drugs demands of 100k per month!!! Torture this is !

Things have been so hard for Magaya that he is almost being evicted from his house, presumably over rent arrears.

He said he has been unable to get a job in Kenya over his political affiliations. His children have had to bear the brunt of their father’s illness as they are out of school and may soon find themselves without a roof.

Important to note that all my job applications on Kenya miserably fail because of my political stand point ! Long may it continue for I have no intention to change my political affiliation soon! But the conditions you visit on me today will haunt you to death !

However, blogger Robert Alai has disputed Magaya’s threats on social media saying he is trying to blackmail the ODM Party.

But, Alai says, Magaya is living large, a life his pay cannot sustain.

“The story of Norman Magaya is sad. The guys is trying to live a life he can’t afford. ODM pays him Ksh 300,000 per month.

“He decided to go live in Runda in a house he pays Ksh 1m every quarter,” Alai said.

Of course we can’t trust Alai because we know he is a gun for hire plus he has recently fashioned himself into a Raila defender.

However, the blogger did not stop there as he poked holes into Magaya’s claims.

First, Norman Magaya has been lecturing Law Students at Catholic University of East Africa. So, the claim that he has been denied jobs has no basis.

Second, Alai said Magaya’s medical bills do not amount to 100k every month and even if they do, ODM foots them.

It has been a rough time for the tough talking opposition soldier who played a key role for Raila Odinga in the run-up to the 2017 elections.

Who should we believe between Alai and Magaya?