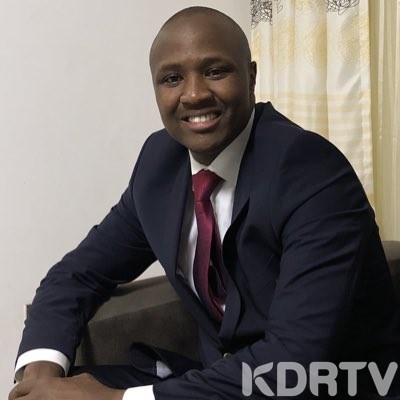 KDRTV-Firebrand Nandi Hills member of parliament Alfred Kiptoo Keter needs no introduction in Kenya’s political pitch.He is a man best known for his courage to speak up his mind and as a strong believer of his political principles.

However, Keter has been missing in action and his voice in politics has been silent for over a year even as the political tension in the country continues to rise amid the highly charged BBI debate and huge corruption scandals.

Speaking to Daily Nation, the youthful legislator has revealed that he is currently pursuing a Masters degree at the University of Nairobi and has opted to pay more concentration to his studies instead of engaging in endless political spats.

“I took time off politics to pursue my Masters of Business Administration (MBA) at the University of Nairobi. I am taking my sweet time to complete my studies, away from the hectic and frenzied political arena….I wanted to concentrate on my studies … I am not like some politicians who enroll for a degree, miss classes and end up buying the academic papers,”Keter said

When asked about his position on the Building Bridges Initiative report, Keter was quick to declare that he supports the initiative together with the  handshake between president Uhuru Kenyatta and his former rival Raila Odinga.

“I support the BBI, which l believe will fix Kenya’s perennial problems. BBI is a good initiative,” he declared.

During his active times in politics, Keter who hails from the Rift Valley region oftenly found himself at the receiving end from leaders and politicians from the entire Rift region as a result of his sharp criticism of Deputy President William Ruto and the Jubilee party’s top leadership.

Together with his Cherang’any constituency counterpart Joshua Kutuny,constantly attacked, corrected and warned Deputy President William Ruto who is believed to be enjoying massive support from the Rift region.

The duo has also been accused of being against DP Ruto’s 2022 presidential ambitions and have ended up fighting their own wars after being branded rebels.Keter was on the verge of losing his parliamentary seat in 2018  after the court nullified his 2017 victory but was lucky when the high court ruled in his favor . Since then, very little has been from the known outspoken legislator and this has left many Kenyans and political pundits with so many unanswered questions.