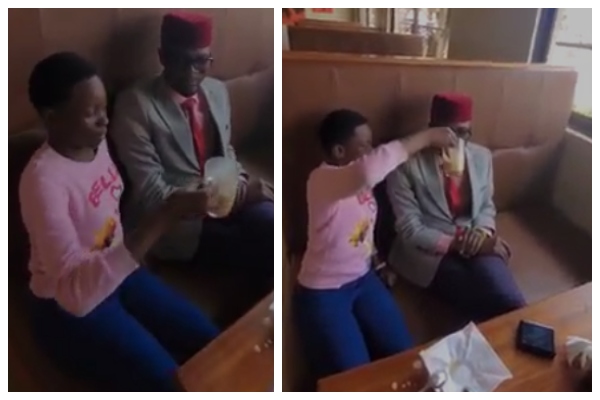 Kimilili Member of Parliament, Didmus Barasa has found himself in murky waters yet again after a video clip of him with a rather young girl went viral on social media.

In the video, the controversial MP is seeing being fed by the girl a mug of juice while in Java sitting down.

It’s not yet clear whether the girl, who looks underage, is his daughter or lover.

The video, which has been doing rounds on social media, has angered netizens who were quick to call out the behavior.

Some called it child abuse while others demanded for the vocal politician to be arrested.

The first time the politician is becoming a subject to ridicule.

Barasa has had a number of run-ins with the law. On July 30, the MP was caught on camera engaging in a public altercation with a contractor identified as Stephen Masinde.

Here is how people reacted to the viral clip: